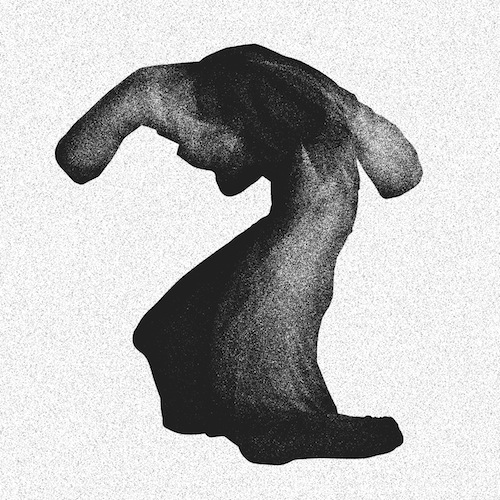 Yeasayer are a band who want to capture everything from every angle. Take their approaches to love on 2010’s Odd Blood. With ‘Madder Red’ they turned a mea culpa that began with a flickering acoustic guitar riff and a tribal coo into a strange, intergalactic hymn with Phil Collins-style drums and gurgles of furry bass. On ‘I Remember’ a woozy synth line buffered up against dinky nursery school piano to provide a strange stage for a wounded simper to a longed-for former lover, while ‘Mondegreen’ eschewed the high drama for a sweaty stomp about base passions stuffed with sax.

All of human life might not be in their records, but they try. Like fellow urban hippies Animal Collective, the band are post-post-punk revivalists who borrow from the charts and the avant-garde with sincerity. At their best, their songs are wormhole-y collages that that loop back on themselves and borrow liberally from different times and places in a way that reflects the nervy maximalism of the internet. Touching on the relatively narrow revivalism of other New York bands like The Strokes and Interpol in an interview with the Quietus back in 2010, bassplayer Ira Wolf Tuton spoke of the band’s eclectic upbringing adding, on the internet, “we continually try and expose ourselves to as much diversity as possible because it’s so important”.

Like fratty art-school cranks, the creative process for each of their albums seems to consist of collecting and then jamming together a variety of influences, and with Fragrant World the band explore the futuristic environs sketched by Timbaland at the turn of the century as a source of strangeness. ”The more I listened to Aaliyah, the way-weirder it was than the South Youth record that came out around the same time”, frontman Chris Keating recalled in a recent Rolling Stone interview. “That realization was really exciting, and it’s just stuck with me since then.”

Little of that excitement translates onto record, though. Fragrant World’s attempts at R’n’B are its most unconvincing moments. ‘Fingers Never Bleed’ attempts to capture the off-kilter, percolating feel of a Timbaland production with its syncopated, synthetic handclaps, half-measures of snare and rumbling bass – sounding like some masticating beast – but fails to coalesce into anything interesting, while ‘Devil and the Deed’ approximates some futuristic conveyor belt with its click-clack percussion but ultimately only ends up as interesting as watching a production line. Like many indie bands patronisingly fascinated with the “artful” side of R’n’B but disdainful of the lustier mainstream stuff, Yeasayer miss out on a lot of heart in their exercises.

Away from the joyless R’n’B reconstructions, the same muted and airless mood reigns. That guiding philosophy is neatly pinned down on ‘Blue Paper’, which details an urban sophisticate’s desire to return nature (“She used to walk on concrete/Now the sidewalk isn’t green enough for her/Says she misses Mother Earth”). It’s the kind of character that All Hour Cymbals or Odd Blood would’ve been sympathetic to, but on Fragrant World she’s sneered at as a poseur (“Oh, no, I don’t buy it for a second”) and her earth mother sentiment is contradicted by the track’s icy hi-hat crackle and blue mood. To hammer home the point, eventually the song loses all sense of conventionality and deconstructs into a freak-out coda featuring an autotuned coo and measured, interlocking percussion that sounds like malfunctioning camera parts.

Fragrant World only breaks out of its mediocre funk when the band drops the R’n’B pretence. ’Reagan’s Skeleton’ is a disco screed about a zombiefied Ronald Reagan that gets by just fine on its disco shuffle and full-throated, melodic chorus which captures some of the playfulness and joy of Yeasayer at their best. ‘Henrietta’ carries its high-concept “we-can-live-forever” trope with a melodic, dub reggae-ish bassline that eventually ascends into the clouds – like the best Yeasayer songs do – with an elegiac, choir-like coda.

But the album closes on a typically cold, noirish note. ‘Glass of the Microscope’ takes the end-of-the-world bittersweet sentiment from ‘I Remember’ and applies it to an actual apocalypse. Over a rainy-day atmospheric swirl Keating – his own vocal disfigured into an android-like drone – sighs “In truth, we’re doomed” with a fatalistic kick on the subject of some ecological disaster. Eventually the track comes to life with the millenarian vocal melting into the song’s now-warm hum, but there’s little to love or relate to and that mood of cold, mechanical abstraction is the cause of a lot of the album’s problems.

“The EDM world has always been the place that’s forward-thinking with sonic texture and production”, Keating mused in the same Rolling Stone interview before, inevitably, adding his disdain, “but it terms of content, they’re down at the bottom of the barrel”. Vulgar bangers about drinking, sex and “the weekend” aren’t for ascetic, artful types like Yeasayer and that’s fine. But when they mangle the hooks and the heart so badly themselves, it’s tempting to point out that ambition can often turn into hubris. Sometimes stuff is harder than it looks.