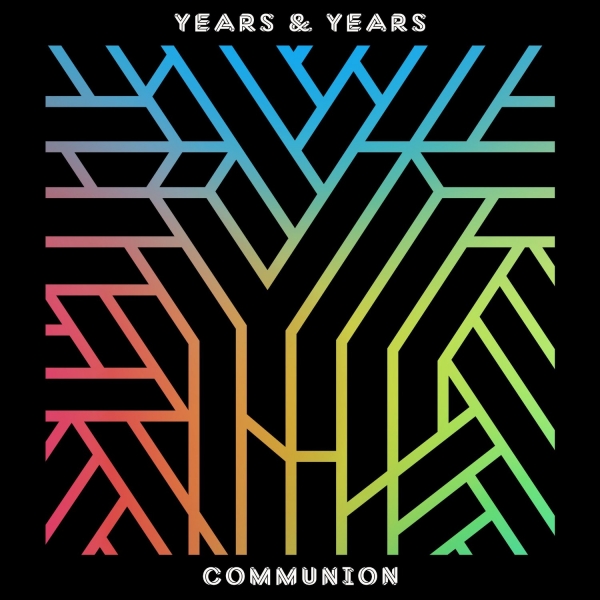 Whereas the BRIT Critics’ Choice award always proves to be a self-fulfilling prophecy, previous victors in the BBC’s annual ‘Sound Of’ new music poll have often collapsed under their own hype and failed to make their way into the public consciousness.

Even with the leg up to the upper echelons of mainstream music Years & Years have already received, unlike James Bay, their ultimate success is dependent on a strong debut. Thankfully, Communion is brimming with razor-sharp summer pop anthems that succeed in bringing a smile to your face time and time again.

It’s a record that doesn’t quite soar to the dizzy heights of Disclosure’s debut, but if Settle is to be deemed the benchmark for modern dance music then Years & Years perhaps aren’t as far off as you’d expect.

Opener “Foundation” isn’t the statement of intent you’d necessarily imagine from an album like this, with synths seemingly bubbling towards a climax that never really arrives. From then on out though, it’s back-to-back golden pop hooks to rival “King” – the band’s breakthrough single that’s arguably this year’s best number one thus far.

“Desire” and “Shine” are obvious highlights, boasting huge festival-ready choruses and keyboard leads destined both for daytime radio and nightclub dancefloors. The change of pace offered by ballad “Eyes Shut” meanwhile is refreshing, even if it does show up the band’s less than inspired lyrics.

The mundane lyrical themes are the only obvious criticism that can be levelled at Communion, and it’s fair to say that as good as this album is, Years & Years certainly aren’t pioneers of the dance genre. That’s left to bands of greater capabilities, but working with what they have, the London trio have delivered in a collection of inspired pop songs that will continue to light up 2015.