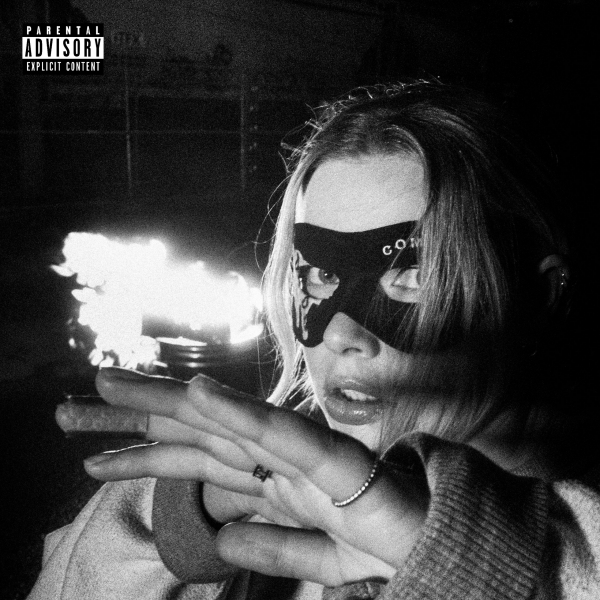 “What do risk and flexing have in common? Stunt.” These were Portland MC Wynne’s (pronounced ‘win’) words on social media announcing her new EP DO MY OWN STUNTS to the world.

The project is the culmination of a relationship built between Wynne and a producer Christo after years of mutual respect and work, with the added input of long time collaborator Itay Lerner. Having worked with the likes of J. Cole’s Dreamville, J.I.D. and James Blake, Christo manages to elevate and inspire his rapper/co-star throughout the six tracks. Delivering switch up after switch up: pummelling 808s, undulating bass lines and dramatic sampling. DO MY OWN STUNTS comes across more like the duo attempting to jump over 20 cars than a collection of tracks they pieced together locked in the studio.

Following her 2019 release If I May.., DO MY OWN STUNTS is a crash course on Wynne’s fast flows and cadences along with her effortlessly combining politics, humour and sports analogies to humble male egos. Coupled with Christo’s experience and versatility, the pair deliver a whirlwind reel of hip-hop acrobatics. Wynne jumps into each song with the renowned energy and bravado of a young rapper pitted against her peers in the local neighbourhood cypher and doesn’t breathe a single sigh of relief until her last track.

Opening with “OLÉ OLÉ” Wynne grabs the listener right by the horns, wrestling over Christo’s furious beats. “See a lot of them flex on things that I have / that they don't have but I still don't flex on / until now / Top walked in the room and said 'I like that, what's that song?' / Shit, Itay pulled up in the whip / in the shotgun had to throw on old Clipse”. With “CARROT CAKE”, the project's first single, Wynne released a video that showed her being set on fire (wearing protective gear) while she raps by a bonfire, calling out the Portland Police Bureau, as the scenes cut between the rapper and Christo braggadociously stuffing his face with carrot cake. It is called DO MY OWN STUNTS after all.

"BOUNCEMAN FREESTYLE" is a decidedly sexy tune in the most Wynne fashion. Hitting up the listener with a jarring instrumental that doesn’t quite sit right, Bounceman AKA Christo seems to have turned all his settings on by accident which sees an unbothered Wynne easily float above it regardless whether on or offbeat. What we get is a moment made for live performances with the demand to “BOUNCE". The last two tracks of the project “STUNT” and “DEMON” once again showcase Wynne’s dynamism as well as singing voice modulated and distorted to fit the soundscape Christo weaves.

Most importantly, DO MY OWN STUNTS doesn’t admit us to the hospital but leaves us waiting impatiently for more.