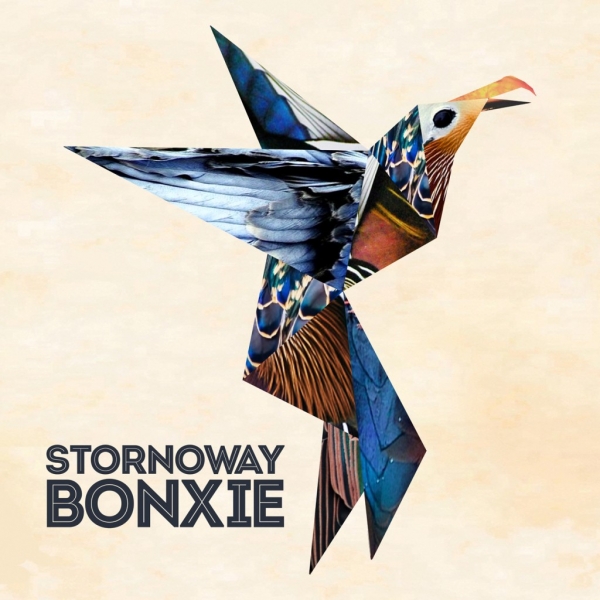 ​A ‘bonxie’ is a colloquial term for a Great skua, a large ‘pirate’ seabird. Every day is a school day with Stornoway’s front man Brian Briggs. The band returns with more sounds of the sea, bird cries, joyously insightful song writing and an infectious sense of fun with Bonxie.

Folk music is alive and well in its deepest traditions with the Oxford outfit. Their music uses nature as the fulcrum of their self-expression and by extension the possibility for powerfully simple metaphor; the universal metaphors in the landscape around us that “to connect us/ to the spin of the earth” as "Songs With Our Senses" descries.

It’s not all ambient ferry fog horns, bird calls and sea-wash though. Bonxie has a deceptively astute play on the human disposition – as reflected, or perhaps contrasted with nature. "The Road You Didn’t Take" is about journeys, choices and accepting the one you have chosen. Around the eponymous hook in the song, the narrative takes place on a mountain hike. It is very direct and does not the over-labour the message as the strings, building solo and harmonised vocals create an atmosphere that can’t help but encourage introspection.

"Lost Youth" has a high-speed oom-pah rhythm like a fairground ride. Briggs uses his deft skill to evoke childish nostalgia, ("Zorbing" being a prime example from Beachcomber's Windmill), without verging into fromage or cliché.

A preoccupation with flight also flits across the record. Who knew they thought about birds so much? "Man On Wire" pictures “being suspended”, a terrestrial reference, before "We Were Giants" continues further with the beautiful turn of phrase “clouds around our ankles”.

When you can fit “gentle” or “gently” into a track 23 times, it’s impossible not to produce a warm, fuzzy feeling for all concerned. "When You're Feeling Gentle" is the fastest on the album and allows Briggs to play with language. It has a similarly endearing feel to "Love Song of the Beta Male", in which you will see some aspect of yourself hallmarked somewhere as though he has been following you around.

Stornoway use old-fashioned folk techniques to create one of the happiest records of the year, one which doesn’t contain of shred of cynism. Doubt yes, but it is a reassuring recognition of doubt as a positive force. Wonderful harmonies, for example on the Irish pub ballad "Josephine" bulk out the sound, as to not rely too heavily on Briggs. Their best work yet - there isn’t a weak track among the 11.