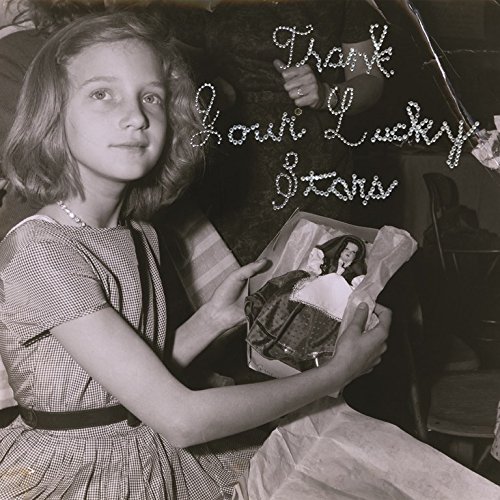 Given that Beach House released their beautiful fifth album Depression Cherry in August, it’s a pleasant surprise that their sixth, Thank Your Lucky Stars has arrived like a bolt out the blue two months later. What’s an even better surprise is that it’s a very different sounding record to its predecessor and an equally rewarding one.

The shift in mood from Depression Cherry is immediately evident in the artwork; its black and white photo imagery reflects the records observational feel. Musically the emphasis is on keyboards rather than guitars and the lessening of the reverb makes the record sound starker. Whilst opener “Majorette” has Alex Scally’s panoramic vistas of picked guitar accompanying Victoria Legrand’s windswept vocal, the guitars take a back seat thereafter.

The true mood of the record emerges on its second song, the devotional “She’s So Lovely”. Sinuous and serpentine, the music takes its own sweet time to uncoil. Legrand’s voice sounds so tremulous it almost cracks at times, especially on the line "All I have to do is everything for you".

Turning down the reverb reveals what a natural crooner Legrand is. On “The Traveller” “One Thing” and especially “Common Girl”, with its elegant harpsichord accompaniment, she comes on like an alt-rock Edith Piaf.

The closer “Somewhere Tonight” unashamedly cribs the melody of “Blue Moon”. Composed in waltz-time it’s wistfully nostalgic; a song about finding joy in the moment (‘Let us find elation, somewhere in a ballroom tonight").

Even in the age of instant musical gratification, Beach House could be accused of giving us too much information with such prolificness, but the idea that you can have too much of a good thing is thoroughly debunked with Thank Your Lucky Stars, such is the beauty of the songwriting and their uncanny ability to create an all-consuming mood.