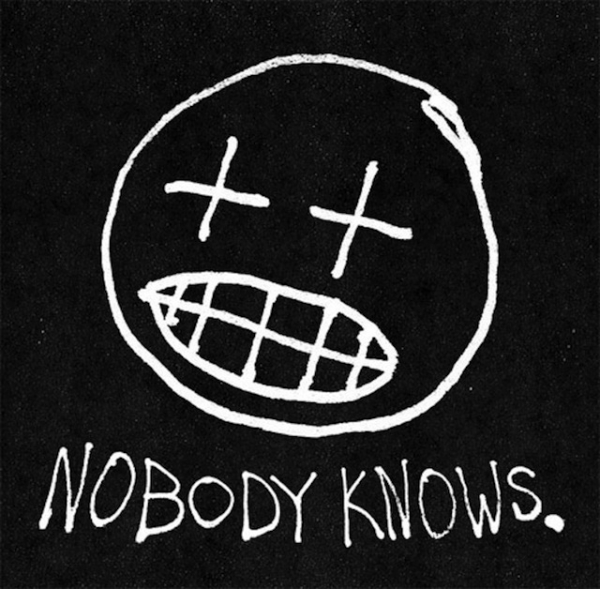 One of the most vital records of 2012, Willis Earl Beal’s debut boasted emotive lo-fi blues ditties and an early glimpse at what could become one of the greatest singing voices of a generation. He proved himself a powerhouse of honest sonic tableaux, with his addictive sounds capturing snapshots of his Chicago life. And what a life – he brought with him a backs tory that sounded more fiction than fact, which only added to his allure. We not only had a crazy-good record in the form of Acousmatic Sorcery, but it was one that came overcame the odds to be released.

Following on from that album, Beal has leapt straight into LP numero dos. Nobody Knows is Beal’s second record proper, produced by himself (under his ‘Nobody’ guise), and shifts from a hopeful, lovelorn Beal who dabbles in soul, blues and pop, to one that writhes in the Southern Gothic and who briefly summed the central tenets as “I am nothing.” Nihilistic to the max, Beal conjures a semi-concept record. Nobody Knows isn’t about everyone being in the dark, it’s about Nobody, AKA Beal, being aware. He may be ‘nothing’, but he can see a helluva lot, á la It’s A Wonderful Life. It’s a freeze frame of the seedier world that Beal’s inhabited, with flickering scarlet bulbs, a skipful o’ grit and scorn. It’s full of shifty glances, condemnation and fear, but most of all, it’s a human portrayal of society and oppression in its various forms. A social commentary from the viewpoint of America’s invisible, lost-in-the-system sufferers. Now that Beal’s in the wider eye, he’s got a few things to say.

‘Disintegrating’ is a ’20s delta blues cut with sci-fi twangs. There are shredded samples in the undergrowth that sound like the chattering of possessed children; there’s a whirring, distorted hacking noise squirming behind the cavernous echo of badly-tuned piano. Beal’s vocals, reverberating as if singing from a canyon, are ravaged and bruised – there’s a softly-softly familiarity, but his dulcet tones are masked by a shadowy menace. It’s more Dr. Facilier than you’d expect. His super raw timbre – part of his initial appeal – remains, and it still sounds like he’s recording into defective karaoke machines, archaic cassette players and with taped-up/worn-down instruments. Though at times there’s more production and overt budget usage, this is still a salt-of-the-earth album with earthy shades and a dirt-encrusted glaze.

’2 Dry 2 Cry’ is a stomping blues-soul effort, rage-fuelled and cinematic. It’s not unlike ‘Freedom’ by Elayna Boynton and Anthony Hamilton, with pounding hand-clap percussion, wailing baritone harmonies and the darkness of a hypnotic gospel choir. ‘What’s The Deal’ sees Beal at his most haunting and feral: “Just drink your scotch/ take your dumb ass to bed… listen to the clock tick/ you don’t know shit and you never will.” The scraping of neo-goth Anna Von Hausswolff-esque theatrics and buzzsaw electronics, in conjuction with stammering vox and a furious, demonic sermon, is entrancing on ‘Ain’t Got No Love’. Beal demonstrates the breaking point of both his vocal chords and his mind.

It’s an overwhelmingly dark album. Nobody Knows is a spooky foray into the most terrifying facets of life and love, told through Beal’s honest, no-holds-barred post-blues. He’s not bearing much good news on this record, and a sizeable chunk of the material is slick dirges, but his narratives are always doused in realism and mortal feelings. This record doesn’t transcend Beal’s signature style often, and even if instrumentation changes, the overarching ‘tone’ of the release remains constant; what Nobody Knows does do is force us to quake in our boots. Beal is a fascinating character, and as Acousmatic Sorcery shouldered more positivity, he felt the need to remind the world that life freaking sucks.

Beal’s not here to pass judgement, merely observe and report. This is an anthology of lamenting tales crammed with terror, fury, depression, agony and loss. There are moments of optimism, like the Cat Power-featuring ‘Coming Through’, but they’re drowned and forgotten by the heavier, more magnetic efforts. ‘Nobody’ knows a lot about this planet, and he knows even more about its people. The main thing that he teaches us is that if you look deep enough, everyone is crying.