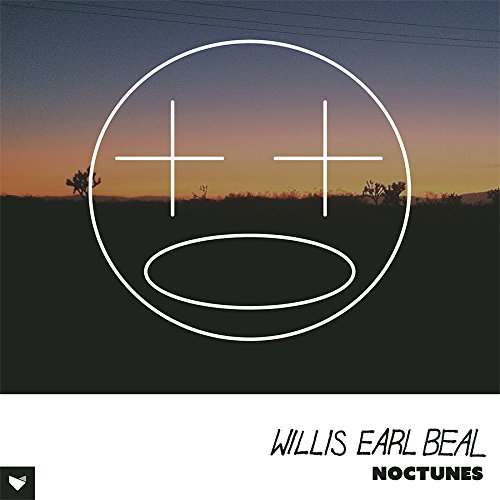 In 2013, around the time he released his second full-length, Nobody Knows, Willis Earl Beal told The Guardian that the air of engima that he’d surrounded himself in over those past couple of years had been “a defence mechanism”; partly because the intense scrutiny he faced after coming to the attention of the blogosphere was difficult to bear, and partly because his (fascinating) back story was something he hated. After a relatively stable childhood, he drifted, joining the army at twenty-two and, after being discharged, was homeless by twenty-three.

His sumptuous voice wasn’t done justice by his first album, Acousmatic Sorcery, but it brought him considerable press attention and, ultimately, a deal with XL Recordings; on Nobody Knows, he delivered on his early promise in style, with his live shows channeling the record’s fraught drama and often-unbridled passion. As far as his career was concerned, he seemed to be on the up, but two years on, his marriage has broken down, he’s continued to struggle with alcohol (“I’d drink myself into stupors and walk around the streets [of New York] crying") and has split acrimiously from XL after a series of disagreements. He is homeless again, this time in Portland, Oregon.

As his marriage was falling apart, though, he did manage to put together Noctunes - a real departure from Nobody Knows. For one, he’s using the most powerful tool at his disposal - his voice - in a very different way. “I hate all that fucking yelling,” he told SPIN recently. “No fuckin’ fake-ass bravado in this record.” And so it proves, on an album that plays like a series of futuristic lullabies; instrumentally, Noctunes is a hazy, low-key electronic affair.

On the opener, “Under You”, synths ape strings and arpeggiated notes twinkle in a manner that kind of recalls Vangelis’ Blade Runner soundtrack; Beal himself, meanwhile, is on soulful - but ultimately serene - form. “Lust” is even sparser, hints of a plucked guitar and touches of electronic noise thrusting a slow, deliberate and ultimately atmospheric turn from Beal to the fore. “No Solution” pushes his vocal limits a little more, as he does some gymnastics to reach a falsetto to match the simmering electro backing.

However much he might have wanted to leave the sound and feel of Nobody Knows behind, though, it’s clear Beal has a natural predilection for theatricality, and it surfaces from time to time on Noctunes. “Love Is All Around” sounds like a modern update of the more explicitly menacing side of Angelo Badalamenti’s Twin Peaks score - in fact, it could probably do the job on next year’s new series, all ominous synth and barely-there percussion. Beal goes into old-fashioned, voice-cracking soul mode on “Start Over”, presumably an ode to his failed marriage, and as intriguing as the new direction is on the record - and as cleverly as Beal has adapted his voice to fit it - it’s still thrilling to see his old, impassioned self make fleeting appearances.

By handling such a sharp change of course so ably, Beal proves beyond doubt that he’s a man blessed with prodigious talent. Noctunes is not the record that everybody will have wanted from him - it’ll likely leave a certain swathe of the Nobody Knows fanbase frustrated - and whilst it might have benefited from a proper producer to prevent it meandering in places, that almost seems besides the point. This is a soul record that sounds pristine and yet feels raw - whatever else might’ve happened in the last couple of years, Beal’s voice - both literally and creatively - has not been withered.