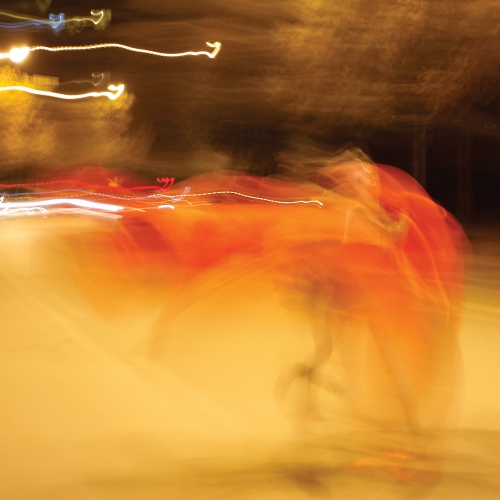 This summer, I was fortunate enough to take some time out and embark upon a four month stint travelling around Asia. As expected, there were many memories made, however one that clearly sticks out in my mind was fearfully clinging to the seats of a rusty old school bus as we pummelled through potholes and screeched around hairpin bends into the oncoming traffic en route to Pokhara, Nepal.

In an attempt to distract from the travel sickness and the ominous feeling that at any moment the driver would leave it too late to take a corner, consequently plunging us over the cliff edge to our hideous deaths, I turned to one of today’s most prominent ambient composers: William Basinski. The Disintegration Loops (2002) was the record of choice, each track clocking in at around 25-30 minutes on average, with beautifully warped and crumbling harmonies that amply drew-out over the seven hour journey from Kathmandu.

It’s easy to fall in love with Basinski’s music, particularly when you’re looking for an escape from reality and the repressing constraints of conventional pop music to see you through the day. Deep down in all of us, there’s a person that longs for somewhere beyond the horizon, our own personal Nirvana, and William Basinski certainly fills that void. The finesse and polished clarity gained from his classical training shines through, captivating you with each listen. By the end the road trip, I felt as though I had been on a different kind of journey, far from the dishevelled roads and cloud-heavy, malaria drenched landscape that surrounded us. It was as though I had visited some otherworldly utopia.

William Basinski seems to bring a new approach and theme to every record, yet the underlying compositional techniques always remain the same. His use of live electronics and looping, both in a live setting and on record, are stylistically and systematically comparable to that of Tim Hecker, Oneohtrix Point Never and Philip Jeck, and are the blueprints of the soundscapes that he creates. With A Shadow in Time (2016), things are no different.

The record itself has a short tracklist; two in total. It does, however, reflect his previous releases in that both compositions exceed the 15-minute mark. The title track is everything we’ve come to expect of Basinski, with high, bell-like resonances that reverberate around padded synths and drawn-out descending melodies, reminiscent of a concoction of pieces from Stanley Kubrick’s soundtrack to the classic, 2001: A Space Odyssey. This could easily be a piece on any of his earlier releases.

Following this, we find For Robert David Jones, a touching statement and homage to one of his music’s dearest influences: David Bowie. It begins beautifully, almost angelically, with a distinctive diatonic loop of Bowie’s music, though as the music progresses, we are introduced to further samples (seemingly a sax solo) that compresses the overall sound into a cacophony of noise and suddenly, the mood turns discordant and dark. It can be quite emotional when reflecting on David Bowie’s life and his subsequent departure, which William Basinski has captured brilliantly here. Beneath the beauty and face of a hero, the Thin White Duke was nearing his end, while he never let a sign of his glorious professionalism slip beneath the public eye. In For David Robert Jones, we are faced with the same harshness of reality through the virtues of sound.

William Basinski has created yet another outstanding work of art with A Shadow in Time, an audio sculpture of serenity and bliss to begin 2017 and put what was a saddening year for music to bed.