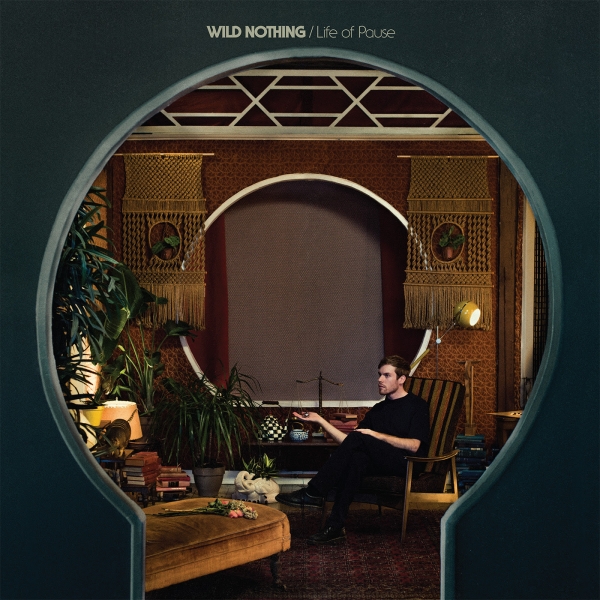 On Life of Pause, Wild Nothing (real name Jack Tatum) traces the classic arc of impending schism, inevitable break up, wallowing, and subsequent euphoria at the eventual discovery that the rest of the world has continued to turn despite your romantic troubles.

It’s a well ploughed furrow for material, in fact it’s probably the cornerstone upon which most modern pop music is built on, so it might seem a strangely well trodden topic for Tatum to immerse himself in given that he’s built a reputation for slightly left-field romantic ambiguity over his previous two albums. Breakthrough track "Chinatown" was undoubtedly catchy, but it was harder to know what he meant by "we’re not happy ‘til we’re running away, clouds in your eyes", and Nocturne’s centrepiece "Paradise" seemed just as open to interpretation. By contrast, Life of Pause seems so much more lyrically direct and more closely wedded to the concept of the classic break up album.

That being said, his women problems are still very much obscured by mists of '80s pop themes; swathes of synths, reverb strangled guitars, giant moody bass lines and meaty snares are all pushed to the forefront alongside Tatum’s vocals. It almost sounds satirical; indie artist beloved by indie press resurrects the sounds of the Cocteau Twins, Joy Division and Talk Talk on break up album. You can already see the enraged Guardian commentariat sharpening their keyboards to bemoan the youth’s lack of originality.

On paper, you could see their point, but Tatum gets away with it because Life of Pause innovates as much as it borrows. There are glimpses of modernity, small hints that objectively prove that the album was made in the 21st century rather than the last one, like the gasping percussion that underlines "To Know You" or the polished pop shimmer of "TV Queen". And those parts that he borrows? Well, he pilfers masterfully, almost like the artful svengali depicted on the cover of his album, confidently drawing together some of the finest threads of 80s indie to make something that is so clearly Wild Nothing.

Actually, that artwork isn’t a bad starting point in understanding Life of Pause; that it’s the first of his album covers that he appears on reflects the honesty that defines the record. It seems that Tatum, who has until now hidden himself in hazy melodies and lyrics just vague enough to invite interpretation, is finally stepping out of the shadows.

That being said, the living cover art since released as a video also shows him sitting nonchalantly like some insanely self confident aristocrat, calmly circling two Chinese Baoding balls in the palm of his hand whilst staring dead-eyed into the camera – yet it’s not an image that seems to reflect the forlorn figure who inhabits the first half of the album. Title track "Life of Pause" sees Tatum defeated and confused, repeatedly asking "how can we want love?" over a revolving synth hook and urgent drums. That lack of self confidence spills over into "Alien", where we see him at his lowest ebb, serenely claiming that "you make me feel like I’m alien" as distressed synths and sharp guitars flow around him.

It also leads Tatum to a couple of the album’s most unforgettable moments, like the xylophone-heavy "Reichpop" which sounds like Dutch Uncles knocking out shimmering hooks whilst trying to paper over the cracks of their relationships, or the bare desperation of "A Woman’s Wisdom" where Tatum offers to worship at the altar of his departing lover if she’ll stay. Judging by what follows, it doesn’t seem like she took him up on his offer.

Previously released single "To Know You" feels like the album’s turning point; tied down by a furious bass line and an industrial beat, Tatum seems to have come to terms with eternal love and loss, apathetically concluding that "this is the circle that we live in." The joint video of "To Know You" and "TV Queen" sees Tatum brushing past his past lover whilst a hidden figure waits in the wings for her departure; and so the cycle continues.

That vicious cycle brings him back to his sashaying best on "TV Queen", which snaps with self assured rhythm as Tatum completes his transformation back into that figure from the album’s front cover. It’s vintage Wild Nothing, and without a doubt Life of Pause’s most intense rush, seeming even more irrepressible after some of his bleaker moments. It’s not hard to understand why he’s packed so much euphoria into one track – it represents the moment of liberation that follows mourning: you can almost hear him slowly shaking his head whilst slouched all louche in his chair, observing disapprovingly of the figure from the album’s first half that "I got so lost trying to know you."

He’s so right; as "TV Queen" proves, he still sounds at his best as a tortured romantic full of self confidence. Life Of Pause might not exactly square up to Nocturne when it comes to out of focus, bittersweet euphoria, but it is a blisteringly honest narrative. Most importantly, at the turn of the arc Tatum rediscovers his grit and tenacity as well as his melodic poise, showing that Life of Pause isn’t just a fascinating dissection of romantic disintegration, it was also necessary.