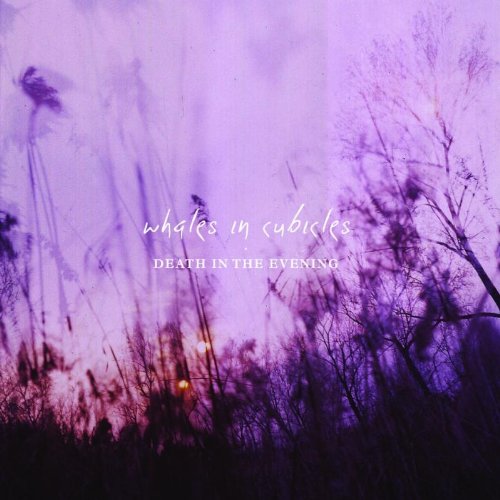 If one really needed a bizarre analogy to describe Whales In Cubicles’ music, a whale in a cubicle would probably be the most apt – a large yet familiar creature in a smaller setting than one would usually expect it. Generally speaking, it’s a big sound that the London four-piece create, lending itself in the most part to the anthemic moments of Smashing Pumpkins and The Pixies, but during others to a softer, more compressed and British way of rocking; with hints of the angst of early Manic Street Preachers paired with the strained vocals of short-lived Irish band JJ72. The amalgamation of styles and influences aren’t all used at once, however, with opener “Yesterday’s News” going straight for the jugular with rip-roaring riffs, galloping drums and lyrics about being left to die.

Next track – and debut single – “We Never Win” immediately steers in a different direction. Built around a military drum-march and guitar work that floats above the beat, it’s centred around a staggered melody, with repetitive lines that give it the impression of an old machine; the feeling of something timeless, familiar and yet – when it still works – relevant. While there’s more in common with some of the bigger moments of a Coldplay or Snow Patrol song (the moment that the fireworks go off during the stadium show), it’s done with a little more edge, managing to capture the euphoria without risking being covered on Glee. Singles “Nowhere Flag” and “All The Pretty Flowers” continue in this style, with the latter highlighting the band’s ability to tell stories that revolve around intriguing characters. It’s a shame though that during their grungier moments, the stories are lost to the music. “The one who screams the loudest wins,” front man Stef Bernadi states, which isn’t always the case.

“Across America”, aptly sprinkled with hints of Americana, works best during the closing breakdown, where the instrumentation is slowed down to an almost standstill; that old machine again, knocked down a gear, before being revved up to the predicted but welcomed climax. Before that, all focus is on a scream of a chorus that is too strained to be enjoyable, taking focus away from the drive of the verses, made up of clever lines (“Time is a friend and a thief that steals every second you breathe”) and picturesque places. “Disappear” acts as another driving anthem, with moments that transport straight back to the post-Britpop rock of Feeder and Razorlight via stormy verses and a hurricane of a chorus, only slightly let down by the vocal once again that is arguably forced slightly too far.

If the name of the band is apt, the title of the album is misleading. While there are certainly moments that give the impression of darker matters, there are lives being lived too. Even with other peoples stories’ (“Wax & Feathers” – where layered vocals ride acoustic verses and electric choruses), the outcome might be death, but it’s due mostly to the sun rather than the moon – as well as over-ambition and stupidity. “Find Your Way’” offers an atmospheric closer; an eight-and-a-half-minute epic that may well be the most successful blend of their influences and ideas, where the held notes are perfected and an indie/grunge balance is held in place. If they can concise this into songs that are half the length, album #2 could see killer whales breaking their way out of confinement. And until then, they have delivered a debut LP that, on the whole, should form the bones for a strong and sturdy career.