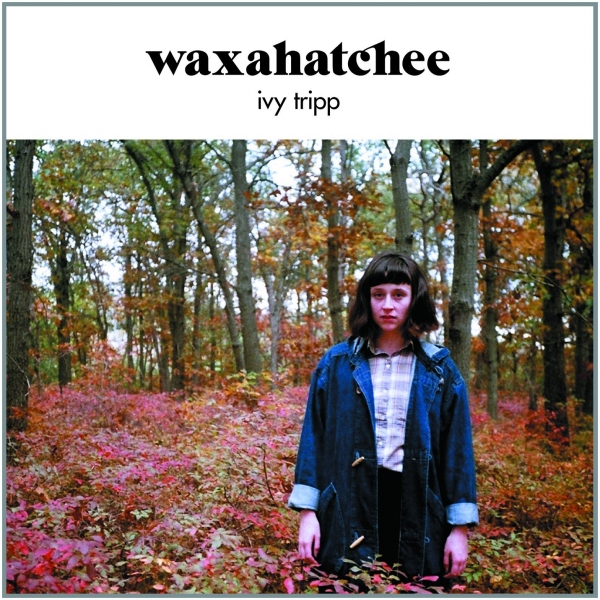 A few years ago I attended an art exhibition at Shandy Hall, the North Yorkshire home where Laurence Sterne composed his masterpiece, The Life and Opinions of Tristram Shandy, Gentleman. On display were various artistic interpretations and adaptations of Shandy, but one in particular stayed with me: every instance of the word “I” in Sterne’s novel had been removed from the pages with a hole-punch, placed inside a perspex box, and was being blown around by a small fan. Tristram’s relationship with that word is famously ambiguous: the book is nominally his autobiography, but he is serially unable to tell his own story without falling into digressions and anecdotes about his family, so that each of those little “I”s tumbling around in the display referred to an unknowable speaker, any of the multitude of characters to whom Tristram gives parts of his narrative.

I imagine a future exhibition, celebrating the musical genius of Waxahatchee, where the key work is a supercut of all Katie Crutchfield’s uses of the word “you.” It is the first word she sings on Ivy Tripp opener “Breathless”, and she sings it again another 101 times (yes, I counted: and they say old-fashioned research-based journalism is dead) before it appears for the final time in the last verse of “Bonfire”, the album’s closing track. As with Shandy’s “I”s, who “you” might be is always under question, always ambiguous, but it is undoubtedly the most important word in Waxahatchee’s vocabulary.

Crutchfield also sang to “you” many times on her previous album, 2013’s exceptional Cerulean Salt, and while the subject continually shifted there too — she sang to lovers, parents, friends, siblings — the album’s lo-fi recording and direct lyrical style left the distinct impression that Crutchfield could have been singing to you; I concluded my review of that record by stating that it sounded like “a mixtape made just for you, by your closest friend.” In many ways, Ivy Tripp seems to have have been written consciously against this level of intimacy. There is a problem which is not unique to female artists, but seems particularly widespread among their audiences, where “confessional writing” (as Owen Pallett once noted, there’s something vaguely misogynistic even about that very term) is mistaken for an invitation to friendship, for an intimate knowledge of the artist. The Guardian once referred to Crutchfield as “Lena Dunham with a guitar”, and while I’d reject this reductive assertion on nearly every conceivable level, there is a connection in the way both artist’s private lives are seen as equally valid objects for criticism as their work, because of the way they seem to lay bare their insecurities through their art.

Therefore it is understandable that, where on Cerulean Salt Crutchfield didn’t “care at all/what they hear through these walls,” on Ivy Tripp she is notably more guarded: “I don't want to discuss what it means,” she sings on “La Loose”, and there’s a sense that the sentiment applies to the entirety of her body of work. Cerulean Salt was peppered with quotidian narrative details, Crutchfield’s lyrics were straightforward and instantly relatable; here, they are cryptic and elusive, impossible to pin down to any single meaning. Her metaphors used to be simple, they used to illuminate; here they are mixed, complex, and only obfuscate: “You look at me like I’m a rose/singing a song that you don’t know,” goes the opening line, setting the tone for the rest of the album. This shift could be the most perfect metaphor for Ivy Tripp’s clearest theme – growing old; growing apart; the “directionlessness, specifically of the twentysomething, thirtysomething, fortysomething of today” to which Crutchfield says the album’s title refers – because where you used to feel like you understood one another perfectly, now the simplest statement feels laced with hidden meaning. “You” is still the most important word in any given Waxahatchee lyric, but on Ivy Tripp it has the exact opposite effect to that which it had on Cerulean Salt. Instead of creating intimacy as an address to the reader, its non-specificity serves largely to alienate: whoever she is singing to, it certainly isn’t you.

This isn’t, it should be noted, a bad thing. But without the supporting frame of those intense, personal lyrics, it is important to the album’s success that it is by some distance her most musically diverse record yet. Waxahatchee’s music has always carefully walked the tightrope between Crutchfield’s punk scene roots and her more indie-pop influences, but Ivy Tripp is her first set to largely fall onto the latter side of that divide. Presumably this has partly been prompted by the move to big-time indie label Merge, thus actually having a budget to record the thing, and partly, as a corollary of that, by the shift away from her DIY aesthetic, bringing in a supporting band where previously she had played nearly every part herself.

It is easy to hear the genetic origins of each of these tracks: the underlying three-chord progressions, the sense that at any minute everything could collapse into a grungy caterwauling; that stuff is written into the DNA of a Katie Crutchfield song, and in truth the album’s strongest moments are still those which remind you of her roots (the one-two punch of “Under a Rock” and “Poison” would have fit perfectly on Cerulean Salt, in terms of both sound and quality), but the fact that she is now composing songs like “La Loose” around a synthesiser and a Casio drum machine (and trust me, it’s better than that might sound) is indicative of her desire to push Waxahatchee in new directions. It also means there is some unsteadiness in the transitions: the acerbic punk of “Poison” clumsily segues into the almost bubblegum-pop sweetness of “La Loose”, which in turn is followed by the album’s low point “Stale by Noon,” which, in fairness, would have suffered by comparison to any of the other songs on here, but is all the more awkward for the way it completely takes the sting out of the record’s scintillating opening section.

Previous to Ivy Tripp, only one Waxahatchee song had ever breached the four-minute mark (the title track from American Weekend); here there are two that overrun that length. One of them, “Bonfire” is dead-on five minutes. This might seem like an odd, pedantic detail to note, but it is salient. These aren’t just Waxahatchee songs made longer — both “Breathless” and “Bonfire” are evidence of Crutchfield expanding her songwriting range, experimenting with tension-building, with dynamics, and with song structure. As bookends to the album, this pair signal, as if it wasn’t already clear enough, that Ivy Tripp is about moving Waxahatchee forward as an act, and that doing so doesn’t necessarily mean losing what fans loved about the band in the first place.

“I reveal more and more,” Crutchfield laments on “<”, one of the shortest, simplest, and best tracks from the album. At the conclusion of the song, she narrates: “Hide in the basement and cheer:/‘You’re less than me, and I am nothing.’” It’s unclear who is doing the hiding and the cheering, and there are several possible interpretations of this, but my equal-parts narcissistic and insecure critic’s mind doesn’t find it too hard to read “<” as a screed against the critical community, or against internet commentators in general, hiding away in basements and bedrooms, pouncing on the “more and more” Crutchfield reveals, masking their insecurities with hers: they might be nothing, but at least her “confessional” songs allow them to see her as less. In many ways “<” is a classic Waxahatchee song, a self-reflexive exploration of vulnerability. But if my interpretation holds, the most important “you” in the song is Crutchfield herself, unwittingly the victim of someone else’s hollow despair, caught up in someone elses's directionless angst. Cerulean Salt managed the compelling trick of being so devoutly personal it felt universal. It's possible that in moving to obscure this personal element in her music, Crutchfield has found an even more profound way to make it clear that we're all on this Ivy Tripp together.