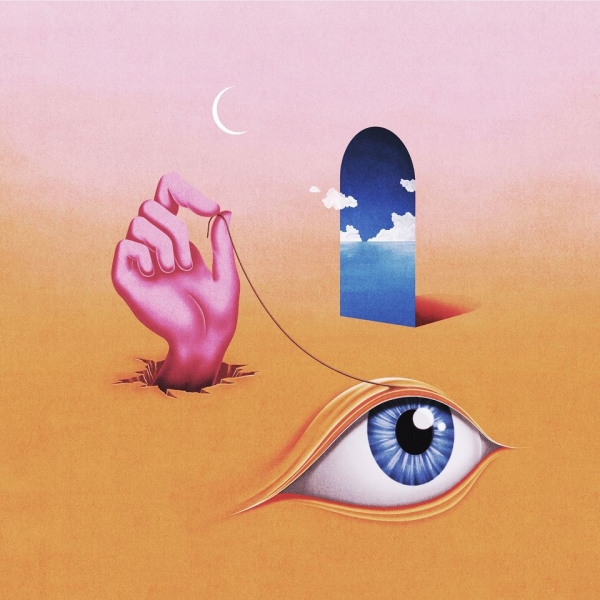 Wavves, aka Nathan Williams, seventh record Hideaway is full of longing and wanderlust in a pair of cowboy boots.

Having “written from a place of restlessness and hopelessness,” it was created in Williams’ parent’s shed in his hometown of San Diego, California. Pulling in influences from Johnny Cash and honky tonk, Williams delivers his anxiety ridden prose through beachy guitar, layered vocals and some hooks comparable to Wavves early material like King of the Beach. At nine songs, the record rounds out with Wavves catalog of gritty, surf rock roots with all albums clocking in at under 45 minutes. Boorish and brooding, Williams’ struggles in life come through in his music; struggles like addiction and depression. In reference to his mission statement on Hideaway, the record is “a barbed collection of anxious anthems that grapple with the doom and the despair that comes with getting older in an increasingly chaotic world.”

Angsty and poetic in nature, Williams has a knack for being the woeful bloke with something to reveal. Kicking the record off with “Thru Hell” and “Hideaway”, Wavves brings his fears of age to light with lyrics like, “the grass is greener on the other side / but i know the truth / it’s that everything dies” and “the field looks so pretty but it's covered in landmines”.

The single “Sinking Feeling” emulates the quicksand pull of depression and how the emotion noticeably creeps into your body. Equipped with no more than a snare, echo-y guitar and twang, the single shines as a thematic visual for the record. The following tracks “Honeycomb” and “The Blame” frame the same honky tonk elements Williams weaves through the album. The two tracks “Thru Hell” and “My Prize” bring listeners back to vintage Wavves, which is refreshing; the chuggy, retro guitar is reminiscent of the V era. While those tracks shine, the blues-y cosplay of a country enigma, Williams is better suited for the indie and surf rock Wavves was built upon. The grittiness of Williams' past life isn’t lost on Hideaway, “Planting a Garden” shows the grunge and dirt Wavves heavier material holds.

While the desire to return to Hideaway may be scuppered due to the album has some unconventional tracks on it, overall the record is an easy listen. Short and sweet at nine songs, a few struggle to stand alone. A warm welcome back after years of revisiting old Wavves, new Wavves is a bit more mature, maybe riddled with a few more demons, but here to get back into the music we’ve missed.