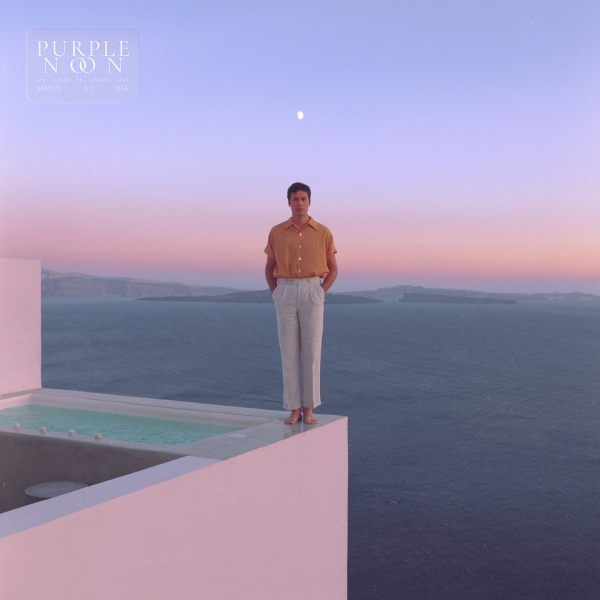 While the Atlanta-based producer/multi-instrumentalist has led the project of Washed Out through every summery trope imaginable, his fourth full-length and third for Sub Pop Records, Purple Noon, leans into more of the same. Within its runtime, Greene continues to ride an all-too-familiar crest of a genre he helped popularize, but while most of these songs range from okay-to-alright with some notable moments tucked in between, Purple Noon ranks as a middling addition in Greene’s catalogue and one where we have to start seriously asking why it is he can’t quite shake loose the past.

Since Washed Out’s breakthrough EP, Life of Leisure, Greene has thoughtfully framed his vision around what it means to escape. It’s this type of approach that has surrounded his work and while the idea of self-releasing homemade music was circling amongst a small group of musicians around this time, it was Greene’s take that made a lasting impression. Throughout its six tracks, Life of Leisure evoked a daydreamer’s retreat with its sun-kissed allure. But as hyped up as Washed Out was during this time, Greene’s full-length debut two years later, Within and Without, served, too, as a landmark release. It was an impressive stretch–expansive, lush, and every bit of its charm fully present. Soon branded a frontrunner for what would be known as the chillwave movement, Greene gave his listeners the chance to briefly experience what it was like to look through his eyes, but from there is where his efforts began to sway.

While his second album, Paracosm, was a decent follow-up, his last, Mister Mellow, was his most peculiar. It even hinted at Greene teetering on the brink of becoming a caricature of himself, that, or he was quick enough to take a sly jab at how the media has built him up. At any rate, Purple Noon is no surprise–but it shows Greene doing what he does best and that’s perfecting himself. Yet while these songs aren’t necessarily bad by any set definition, the majority certainly lack finesse and the huge downside is Greene seems unwilling to fully move beyond his heyday, opting instead to stay comfortably rooted so he can dabble in the past.

But while Purple Noon is likely Greene’s most lackluster output, it’s not a total bust. He does manage to squeeze in a few noteworthy moments that briefly highlight his songwriting. Guitar-driven centerpiece, “Game of Chance,” is a promising addition–one that momentarily shines, but soon fizzles out before reaching any real peak. Opening single, “Too Late,” bustles with warm, upbeat energy while “Face Up” nods close to an '80s-vibed ballad of sorts. But aside from these few moments and a scattering of others, Purple Noon is frustrating to unpack simply because, well, there isn’t much to unpack to begin with. If you weren’t fully invested from start to finish, you could easily mistake its songs for one lengthy, continuous loop–and that’s partly what buries Greene’s efforts here–the fact that there’s hardly any distinguishable transition or variation within the bulk of these songs. But even while top-ranking tracks like “Time to Walk Away” and “Hide” are quintessential examples of Greene choosing to play it safe, Purple Noon’s remaining moments simply meander and lull about.

“Leave You Behind,” as relaxed as it is, remains a somewhat tedious listen while songs like “Don’t Go” and “Paralyzed” lack the imagination and spark Greene once possessed. Interestingly enough, Greene’s song title choices offer some probable insight to his inner struggle. While a theory, the track list itself is strewn with contradiction where Greene himself can’t seem to fully decide whether he should come or go; ultimately, he stays put. This isn’t necessarily a knock at Greene per say–his reasoning seems to plainly suggest that choosing a side isn’t as easy for some. Beyond that, these discrepancies alongside Greene’s refusal to venture outward have proven tiresome over time and it’s this type of imbalance that has made it difficult to look to him for any type of guidance or reassurance when he’s so quick to jump at the opportunity to romanticize a vision.