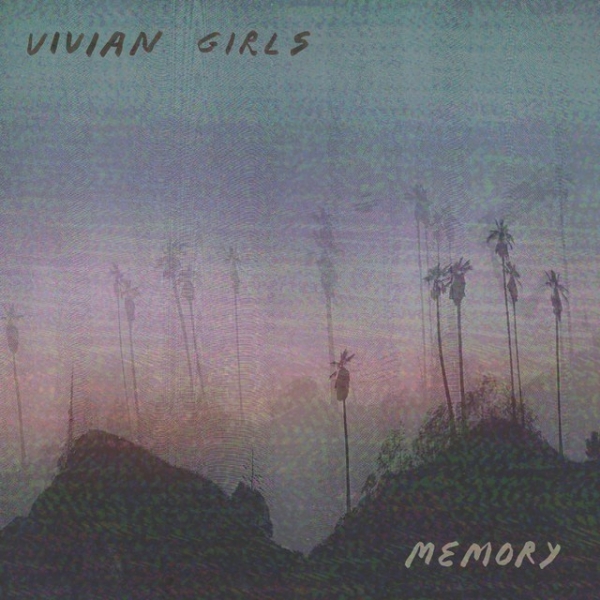 Following their disbandment back in 2014, the line-up of Cassie Ramone, Katy Goodman, and Ali Koehler have returned not just with reissues of their out-of-print debut and sophomore LPs plus a month-long tour, but with their fourth full-length studio album, Memory.

Memory takes few turns throughout its lo-fi punk excursion, reminding us that despite the boisterous, hook-driven racket that we’ve come to adore, Vivian Girls refuse to break away from themselves.

While their third and most uneven LP, Share the Joy, saw the trio trying out alternatives to their otherwise overused formula, its end result was still problematic. With guitar soloing and overreaching, it was an effort where the trio fumbled around for anything to keep themselves upright as they held onto the crest of their hype. The hope for Memory was for it to be an LP based around a resurgence on the part of a group digging deeper into their arsenal. To an extent, this idea was achieved - Vivian Girls may have wrestled successfully with their demons during their time off - Memory nevertheless proves to be exactly what you’d expect it to be.

But let’s also be perfectly clear: Memory’s songs aren’t bad. They’re good, and some even venture into great. While the LP has plenty of definable moments strewn throughout – ones that even subtly hark back to their debut, maybe it’s Memory’s otherwise foreseeable blueprint that proves a group slightly fearful of branching too far out. Instead of a potential botch playing to half-empty halls, opting to play it safe was the route to go, and maybe this somehow works for them, especially now. But with that vigour and imagination somehow restrained, Vivian Girls have settled on a new LP that’s predictably average.

But even with scampering singles like “Sick” and “Something To Do” lead us to question why it is they never graced a label like Slumberland, Memory’s tracks, while decent, are not at all surprising. All the elements are present: Ramone’s signature, reverberated monotone, distorted squall, and an energy surge that battles between frantic, upbeat scurries and the nostalgia of their heyday. The clear-cut and fiery “Memory” proves the trio can still pack a punch in a two-minute runtime whilst post-punk cut, “I’m Far Away” chugs along with choppy bass and a grandiose climax. Songs like the lighthearted “Lonely Girl” give Memory its contrast – a slow-build progression before its tempo increases to the aesthetic they’re known for while “All Your Promises” serves as the LP’s longest, raucous jam.

Yet coming off the distant heels from Share the Joy, Memory is exceedingly superior. It’s concise, it’s even, and it feels structured. Its main issue is that it’s nothing that new or inventive and on that basis alone is what essentially damns their efforts. But despite that gripe, Vivian Girls have always surrounded their LPs with charm. Whether their DIY origins firmly in place, or even the simple mindset that once you start turning what you love into a chore, maybe it died a long time ago… maybe it’s not so much the issue for Memory to be upheld as this brand new, shiny comeback, but more so revisiting the familiarity of a time and an era that was simpler, one that wasn’t so laced with turmoil and dread – maybe Memory is their way of coping with the inevitable.