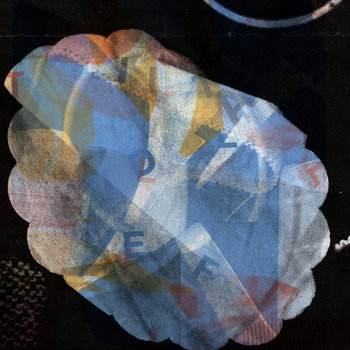 Ever since it first tried to die, about thirty-five years ago, the kind of spindly, bony punk pioneered by everyone from The Cure to The Raincoats has refused to lie quietly in the graveyard of forgotten genres. In fact, there are probably more ‘original blend’ post-punkers now than ever before.

Glasgow’s Vital Idles are a great example of all of those things: the DIY ethos that produces the best kind of post-punk; guitars so thin they sound as though they could topple over at any second; tightly wound, groovy rhythms that take you with them rather than leaving you behind.

Vocalist and lyricist Jess Higgins has a very traditional post-punk vocal style – using very little of her vocal range but intoning and pushing the words out of her throat like they’re giving her grief. Other members Matthew Walkerdine, Nick Lynch (along with Higgins) are responsible for Glasgow DIY publishing house Good Press - an “independent volunteer-staffed zine and art book shop”, while guitarist Ruari MacLean’s has previously played with Golden Grrrls and the Rose McDowall band.

Thankfully, there are many things to be enjoyed about this record – there’s an obvious debt to The Raincoats, and a subtler influence from bands as diverse as The Smiths (particularly on “Fall into Shape”) to The Clean and The Feelies. They also compete with the buzzy chug of Parquet Courts with album highlight “Time Free”.

There many more highlights too – the circular, rolling bassline on “Cave Raised” has a child-like, almost lullaby quality to its naïve simplicity. The Cramps-flavoured rockabilly strut of “Rising Damp” has a beautiful guitar break, which could be the imaginary soundtrack to some slapstick action on The Munsters. The melodic bass is a highlight on the gorgeous “Geraniums”, which sounds like Velvet Underground through a Glaswegian Kaleidoscope – only if Morrissey wrote the vocal melody.

The success of this record is indicative of what the problem is with this genre as a whole – the post-punk genre was, originally at least, a way of experimenting beyond the boundaries of conventional ‘rock’ music.

However, your enjoyment of Vital Idles’ record depends entirely on how much time you spend in the same pocket universes that they do. If you regularly visit records by Dunedin/Flying Nun bands, then you’ll love Left Hand. If you enjoy The Smiths or The Raincoats (even slightly), then it’s essential listening.

What Vital Idles do, they do incredibly well. But outside of being a special treat for fans of the bands by which they're clearly influence, the appeal of this album may be somewhat limited. They are so proficient at making a complete, authentic facsimile of those sounds, that they leave very little for casual observers to cling on to. Which, you could argue, is probably the point.