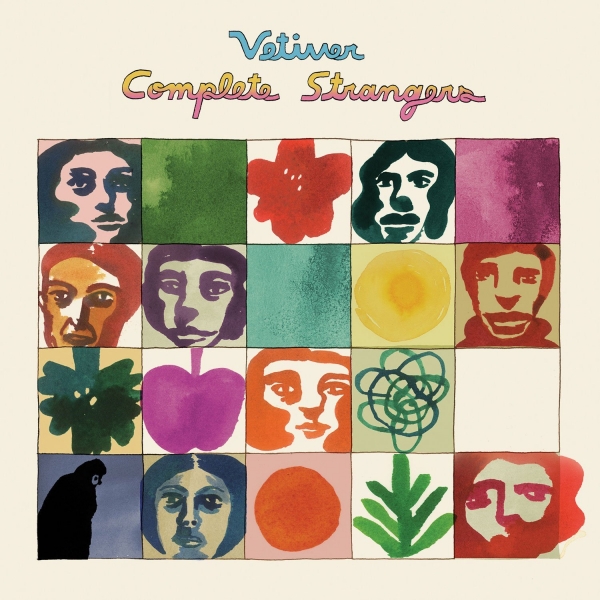 We’re living in a musical golden age, and don’t let any fucker tell you otherwise. Yet despite the constant flow of inventive, inclusive and generally wondrous tunes we have the privilege of feasting upon on a daily basis, there’s a heavy weight on the shoulders of the alternative scene - and that, friends, is the bluster of grandiose arena indie.

Swaggering about the place, blowing the bloody roof off outdoor venues, putting their arms in the air and sometimes swinging a funny little lightbulb about on a string; when our most successful “alternative” bands aren’t frantically wanking their instruments like a thirsty, thirsty Brian May, they’re tossing out emotional lyrical platitudes in order to gather as many of the lowest common denominator music haters they can in their vast, evil, sensitive schmindie claws; One would hope in order to dump them in an active volcano; but no, they are gently plopped at the merch stand with the fanfare of a major chord chorus.

Vetiver’s new record Complete Strangers (‘cos, despite appearances that is what we’re here to talk about) is the antithesis of all of this stone-footed, slack-jawed Oasism. It artfully avoids any suggestion of largesse, self-importance or grandiosity by presenting a series of whispered, lighter than air tales of lost, unsure people attempting to understand their surroundings, struggling to decode their futures. It’s nuanced, subtle and magnetically beautiful.

Songwriter and band leader Andy Cabic presents here a deeply individual aesthetic that builds on the hushed meeting of electronica and honey-sweetened folk and progresses it via late ‘70s studio sound and the occasional, smartly placed jazz chord. There are some key touchstones, a few reference points that the listener can use to anchor this ethereal, feather-floating set; they include the Steely Dan smooth roll of “Backwards Slowly” in which a third person story is told simply, directly – “A life unsure of its promises beyond a daily grind / Oh how he wanted to leave it behind” – over a tender, unusual guitar phrase. Without being too much of a cock, it’s the sound of dust particles floating through sunlight in an abandoned room.

“Shadows Lane” marries Paul Simon to Luna, tackling the classic songwriting conceit of that special place (often a lane, be it Shady or Penny) where all questions are answered, all destinies revealed; “Time Flies By” a gentle hug of a lounge shuffle channels Bacharach, while “Loose Ends” offers an actual hook (though not an obnoxiously obvious one) while nodding back at Gene Clark and Peter Buck with a wistful smile.

The record is carefully shaded. On “Confiding”, which offers “The few dreams I remember I want badly to forget” and “I should wait, still I can’t resist / Fools rush in” and finally “Every time I think I can escape, I crawl back” against the most delicate of musical backing, you feel the elation of heat, the buzz of a first summer afternoon beer but also taste the tender hangover, the sting of sunburnt skin.

The War On Drugs and, to a lesser extent, Harper Simon are making a fair go of this kind of sound at the moment of course, but it’s Vetiver, with added psychadelia and a respect for classic songwriting that have the craft and subtlety to make it land truly and thoroughly on the right side of the middle of the road. Which is the left side, right? Anyway.

For no particular reason “Edgar” is the song that connects the deepest and quickest here despite Cabic’s voice trailing off under the blanket of the mix half the time, as if it were barely recorded at all. It’s the story of a “young and wild” man who “had a lot to learn” and was “the first to notice, the last to see”. Cabic repeatedly asks “Is it so awful to ask what’ll Edgar do now?” as drifting acoustica and a brushed snare carry the melody, cloud-like to its conclusion.

By the time we reach the partial release of the Westerberg-like closer “The Last Hurrah” we’re about ready for a little rock n’ roll, albeit wry, quiet and a little hesitant. It’s exactly what we get on a song strong and heartfelt enough to make a guest appearance on “Suicaine Gratification”.

A true antidote to everything gauche, obvious and fucking boring about modern guitar music, Vetiver’s latest is so slight as to possibly slip between the floorboards unnoticed; a partially photographed spectre. Rather, it should be caught between the thumb and forefinger, held up to the light, investigated and treasured.