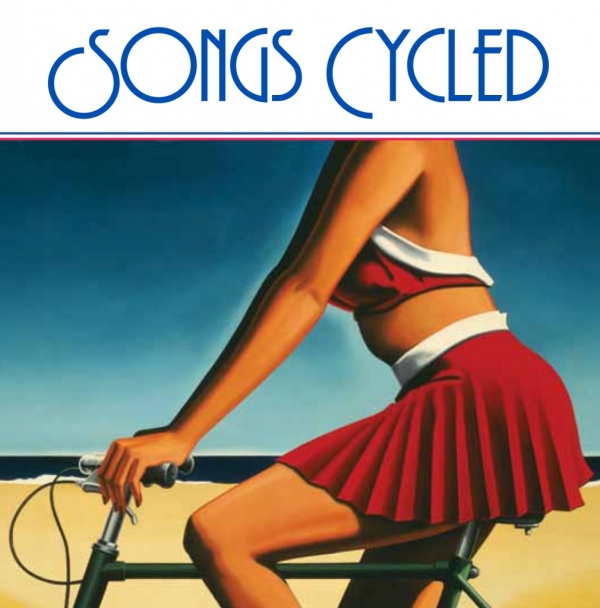 In a recent interview in the Guardian, Van Dyke Parks states candidly and reflectively how he realized back in the 60′s that, “Fame could be an inconvenience and time has borne me out.” And the legendary songwriter/composer/lyricist/producer’s decidedly underappreciated career has certainly stayed true to his convictions, as Parks has quietly but convincingly helped shape the direction of modern music, albeit mostly from the safe and subtle distance of the sidelines while gratefully ceding the spotlight to more famous artists.

Whether through his ill-fated attempts at co-writing the Beach Boys’ Smile with Brian Wilson, to producing albums for Randy Newman, Phil Ochs, and Joanna Newsom (to name just a few), as well as arranging songs for U2, Frank Black, Fiona Apple and Saint Etienne (and many others), in addition to writing and recording his own experimental 1968 solo debut album, Song Cycle, Parks has helped influence and guide not only where music has been heading, but what it can sound like once it gets there, for well over 40 years now.

On Parks’ new collection of material Songs Cycled, the percipiently titled homage to his most famous work, he collects six 7″ singles he has released over the course of the past few years into a soaring, textured album filled with both artistic conviction and bold confidence. The songs have the depth and detail that Parks has been known for throughout his lengthy career, while also reflecting a nuanced vibrancy and insightful social criticism that is lacking in most modern pop music. The attention to detail and pristine production quality found throughout each of these numbers not only gives them a classic tone and tenor, but also luxuriously brings them brazenly into the current musical landscape, making many of the contemporary hits of today sound tinny and slight by comparison.

The grandiose, cafe society romp of ‘Dreaming Of Paris’ vibrantly launches the album, providing a spirited starting point for the record as Parks takes us on a musical journey through both style and time. He revisits his past for the first of many times throughout the record on ‘Hold Back Time,’ which was found originally on Orange Crate Art, his ’95 collaborative album with Brian Wilson. This reworked version removes much of the unnecessary elements of the original, including the directionless percussion, leaving a far more poignant arrangement that soars elegantly now that its freed of the burdensome bloat of the earlier recording.

‘Sassafrass’ has a front porch American South charm to it, with the vocal harmonies bouncing from all corners of the speakers atop a jaunty arrangement that is reminiscent of Parks’ classic work on Disney’s Jungle Book. But he brings us decidedly back into the present with ‘Black Gold,’ a somber, exhaustive take on the environmental devastation done by the Prestige oil spill of 2002, as well as ‘Wall Street,’ and ‘Money Is King,’ which both vehemently take to task those greedy opportunists who took advantage of an unsteady and unsanctioned financial climate left in the dark wake of 9/11 to line their pockets despite the long term harm their careless actions would have on the world markets. That balance of making the old sound new again, while at the same time injecting the modern sound with his sophisticated classic touch, makes these songs rooted in the present as well as the past, while also clearly exemplifying Parks’ polished mastery of the styles of both time periods.

The ominous steel drum-laden instrumental, ‘Aquarium,’ revisits an old Parks’ arrangement from The Carnival of the Animals, and helps usher in the biting social commentary and protest songs that pulse angrily through the album’s middle section. But the the countrified harmonies of the hymn-like ‘The Parting Hand’ move beyond the unsavory, earthly pursuits of man if favor of a higher calling, before giving way to a graceful symphonic coda that includes a wistful vocal take on Anthony Showalter’s old gospel tune, ‘Leaning On The Everlasting Arms.’

‘The All Golden’ is yet another reworked song from Parks’ distinguished past, as he dusts off one of the highlights from Song Cycle, giving the 45-year-old track some modern flourishes while still maintaining the aching, searching quality of the original number. The album closes with a trio of songs that all have a leisurely Southern swing to them, as the bouncy instrumental ‘Wedding In Madagascar,’ the touching ode to what was lost in the aftermath of Katrina (and never to be found again) in ‘Missin’ Missippi,’ and the dignified sobriety of ‘Amazing Graces’ bring the record to a stately close. Songs Cycles certainly doesn’t represent all that Van Dyke Parks has to say about the state of the modern world, but the album does manage to assuredly illuminate Parks’ singular artistic vision and his enduring impact on the music of our times.