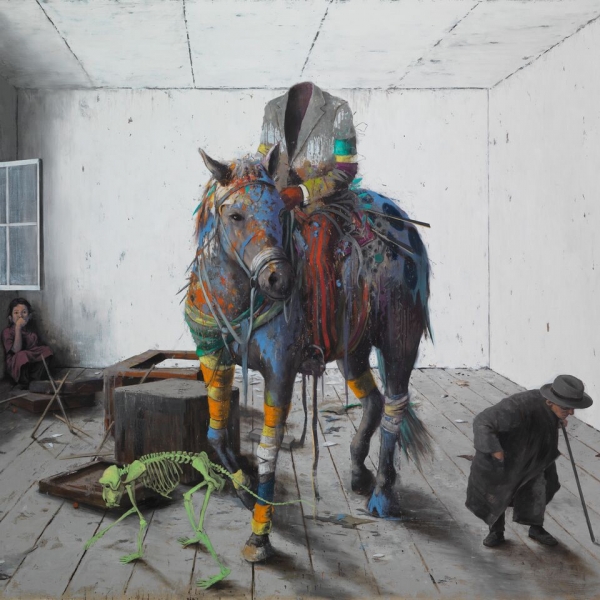 James Lavelle, better known as the lead man from the collaborative electronic outfit UNKLE, has traversed across multiple genres often with expansive differences within a single album.

While there are many delicious moments throughout Lavelle’s releases, UNKLE albums are always held up to comparison to their debut Psyence Fiction which brought about classic tracks featuring Thom Yorke, Mike D and Richard Ashcroft. Some have dismissed Unkle’s subsequent releases as mere background noise or questioned the lack of big name talent, but to do so completely misses the point. The finesse of an Unkle record lies in the way the tracks morph into something that sounds true to the featured artists yet darkly twisted into Unkle.

The Road: Part I, conversely, is probably the most cohesive Unkle record yet, thanks in part to the dark reflective poetry and spoken word that seems to bind it. With members of Primal Scream and Queens Of The Stone Age, ESKA, Mïnk, Elliott Power and Keaton Henson among others forming the list of collaborators on the album, The Road: Part I sets Lavelle up to grab the attention of original and new fans alike.

Focussing on Henson for a moment, the tracks that feature his soft falsetto and reverb soaked cinematic accompaniment are simply gorgeous, with “Sonata” stretching out over strings and piano before morphing into a climax of more urgent beats and a wave of ambient sound being of particular quality.

The track is in total contrast to the more prog rock feel of “Nowhere to Run” or the uplifting groove on “Sunrise Always Comes”, featuring Liela Moss from The Duke Spirit. Time will tell, but with moments like these, The Road: Part I may just be the album that finally sees Lavelle step away from the shadows of Unkle’s debut. The star power is there, the record beckons to be listened to on repeat, and there's definitely an anticipation of what is to come on The Road: Part II.