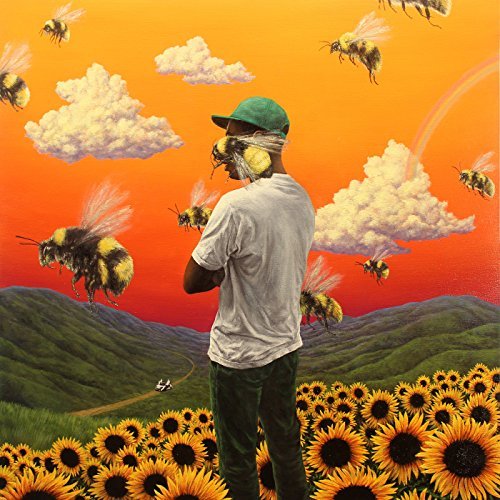 On Tyler, The Creator’s fourth studio album, Flower Boy, the Odd Future ringleader reinvents his sound and flow, as well as himself. It’s his most confessional and straight-forward record to date.

For anybody who was under 20 years old between 2010 and 2012, Odd Future was — whether or not you’d like to admit it — a part of our daily lives. There are some of us who would lose numerous hours each night mindlessly scrolling through Odd Future-related Tumblr and Twitter feeds. The emergence of the Los Angeles-based creative conglomerate proved they were a force to be reckoned with, even that early on.

It was a busy period of creative growth for the Odd Future group, and, since that two year period, each member listed witnessed a remarkably large fan-base grow right before their eyes. As years passed, albums won awards, brands were cemented, TV deals were signed, and two of it’s most promising members, Frank Ocean and Tyler, the Creator, launched into nearly mythological stardom. Odd Future were no longer the new kids on the block.

However, as formed and specific as these artists may have seemed from the outside, their ringleader, Tyler, the Creator, seemed to have a period of artistic vulnerability. Through 2013’s Wolf and 2015’s Cherry Bomb, Tyler, the Creator’s studio albums were promising and colorful, albeit a little inconsistent. Odd Future’s brand was solidified, yet, Tyler, the Creator’s image was slandered internationally - he stirred serious controversy and attracted negative attention with his grossly misogynist lyrics and often violent attitude toward women. In order to keep up with the hype, seven years on, Tyler knew he needed a grand artistic statement to prove just how talented he really is. Enter: Flower Boy.

Originally titled (Scum Fuck) Flower Boy, then changed to Flower Boy, Tyler’s latest studio album describes his public and artistic persona correctly — a misunderstood juxtaposition. Long gone are the days of Tyler, the Creator spitting bars about tying girls named Sara up in his basement, begging for a prom date. This is a new and revitalized — and, (gasp!) a potentially happy — Tyler, the Creator.

To say that Flower Boy is Tyler, the Creator’s finest moment as an emcee would be correct, but it’s also his most honest and pragmatic. It’s vibrant and full of life, and one of the most confessional works of hip-hop in recent years. Tyler battles his demons of sexuality and fame, as well as his own creative ambitions. You no longer see Tyler, the Creator as the suicidal, roach-eating maniac that brought him his first wave of fame following his “Yonkers” video. Instead, you see the grown-up and responsible version of Tyler, the Creator.

The finance-conscious Tyler shows his true self on “November,” spitting “What if i’m hustling backwards? / What if my accountant ain’t payin’ my taxes? / Fillin’ his pockets and IRS show up asking me questions.” On “I Ain’t Got Time!,” Tyler stirred up controversy from the media — for reasons unknown, as they shouldn’t bother themselves with an artist’s sexuality — laying down the lyrics “Next line will have em’ like “Woah!” / I’ve been kissing white boys since 2004” for which virtually everybody seemed to be concerned on whether or not this is true. Regardless, Tyler’s confessions make for a grand and progressive statement on the modern, slightly homophobic hip-hop culture.

Flower Boy’s closing statement, “Enjoy Right Now, Today” is a sample-rich, instrumental track finishing off a mammoth release for Tyler, the Creator. It guides you out, just as you want to go back for more. The doors open, just as they close, and, for a minute, you’re left sitting there, stunned at what the “hood-rat” skater just dropped before your eyes.