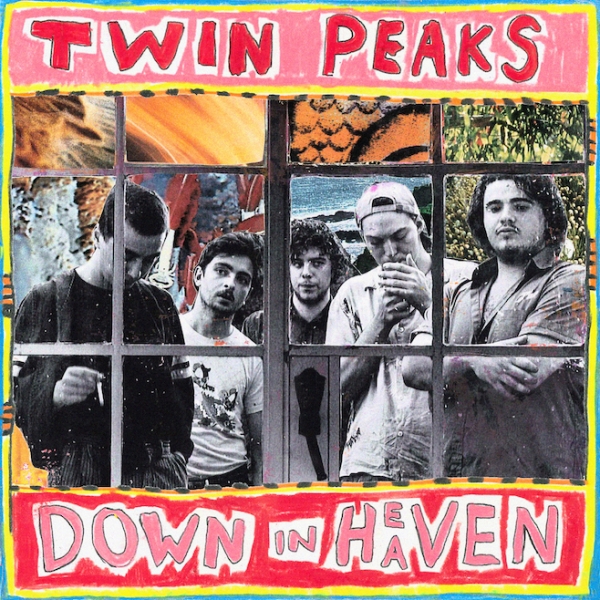 Few young bands have a hold on their city like Twin Peaks does with Chicago. Two summers ago, I watched them turn a local record store into an underground punk club during an in-store performance, with stacks of vinyl shaking and people of all ages screaming the words to their sophomore LP Wild Onion.

But the leap from local legend to universal success requires music that transcends provincialism, and the group’s third record, Down in Heaven, is so stellar you could probably drop it in the Amazon rainforest and make a host of new Twin Peaks fans.

The band has always walked a delicate line between thoughtful, psychedelic pop and rollicking power chords, and they’ve perfected this balancing act on Down in Heaven. The album begins with “Walk to the One You Love”, a song that is equal parts thoughtful and brash, highlighting both the band’s garage rock energy and songwriting skill.

“Wanted You” turns a simple concept (“I wanted you/But you didn’t want me”, Cadien Lake James shouts on the chorus) into one of the best tracks the band has ever released.

Overall, Down in Heaven operates more on the mellower, introspective side of Twin Peaks, with the high-octane moments employed sparingly but to great effect when needed. Like fellow vintage revival artists Night Moves or Whitney, Twin Peaks are terrific at showing emotion in a way that feels genuine and insightful, not cloying.

James told SPIN that the band was heavily influenced by the musical fluidity of David Bowie (“The thing with Bowie is that it’s like liking five different artists”), and they are clearly carving out an identity that is at once distinct and malleable.

With their third album, Twin Peaks have become not just one of the most exciting young bands in the Chicago music scene, but in the entire rock landscape.