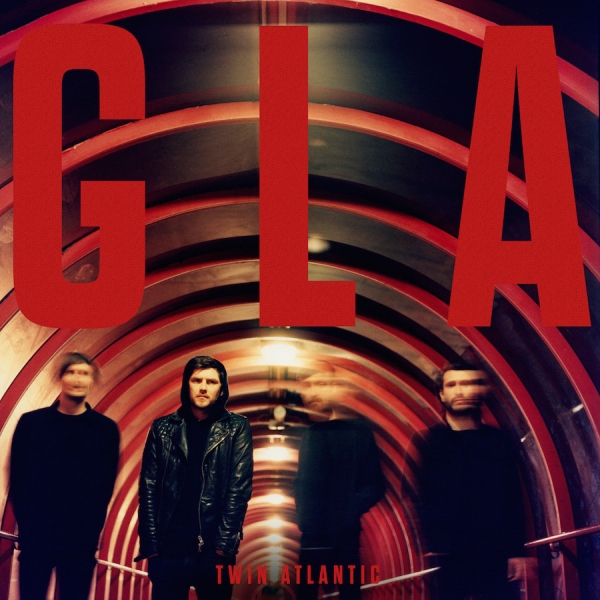 Following up Great Divide, their broadest and most successful album to date, was always going to be a difficult task for Twin Atlantic. On GLA they take a step back towards their rebellious punk roots while sprinkling in some of the hook writing acumen that they picked up on the last go around.

Working with veteran producer Jacknife Lee (Two Door Cinema Club, Snow Patrol, Weezer), the Scottish foursome built a record that is enjoyable for the same reasons as its predecessor, but without anything as radio-targeted as "Heart and Soul". Tracks like "Valhalla" and "No Sleep" offer earworm choruses, but verses that feel looser and less polished, a pleasing mix. The latter is a scathing self-examination of the band's lifestyle ("I take pills and I drink alcohol / Ready or not the dream has got to stop", Sam McTrusty bellows on the bridge), punctuated by bloodthirsty guitar from Barry McKenna.

Throughout GLA, Twin Atlantic proves that they're better getting their point across by shouting. The album's quieter moments, including the acoustic-driven "A Scar to Hide", feel generic, and even a bit cloying. Sometimes there's nothing wrong with being the loudest person in the room, and the band proves that frequently here. The album's crowning moment is "Missing Link", a scrappy come-on performed with infectious last call energy.

Twin Atlantic deserves credit for doing more than just leaning into the sound that earned them airplay on Great Divide, and while GLA isn't perfect it points to an exciting direction for the Glasgow outfit.