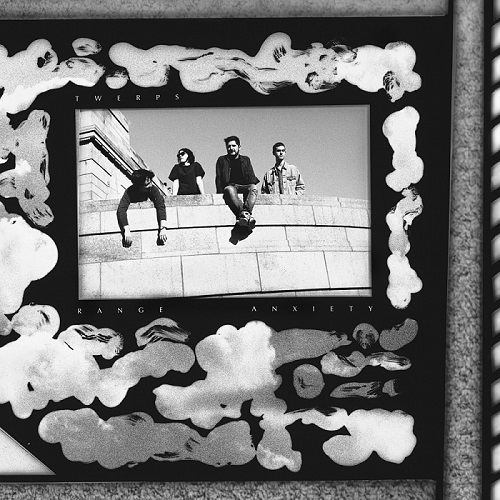 Isn’t it just wonderful when wonderful things don’t change? Cracking open and guzzling a Coke or unwrapping and gorging a Reese’s Cup strikes my Id’s same satisfying chord as it did when I was a child. Pardon my junk food analogies, but you get my drift.

One could – regrettably – decry the bulk of Australia’s indie rock scene’s perpetual hold onto their patented Flying Nun sound as stagnant or derivative.  But hey, you know what they say, “don’t mess with success” or the old “if it ain’t broke, don’t fix it” attitude. And who could blame them?  True innovation is in perilously short order these days in pop/rock music; most things that seem new really aren’t, they’re just sounds that had gone away and come back.  Well, perhaps that classic wooly, jangly Antipodean sound is just so good, there’s no cause for it to disappear in the first place.

Taking a page, as so many do, from revered fellow Aussie’s The Go-Betweens, Melbourne’s Twerps exemplify their nation’s sound, spiked with a hint more sugar, particularly this time around, with the inclusion of guitarist Julia MacFarlane sharing in vocal duties. The band’s sophomore long player, Range Anxiety, is positively wringing wet with juicy and succulent guitar leads that slink out the gate on “I Don’t Mind”, the album’s first proper track, and course the whole way through to closer, “Empty Road”. Unlike a vast amount of jangle-pop whose melodies reveal themselves and crawl under your skin upon repeated listens, Twerps’ are bold, brash, and insistent. Be it the snappy, organ-laced “Back To You” or the pensive, simmering “Fern Murderers”, Twerps relentlessly beat us over the head with their unwitting knack for melody.  And, hey, if I’m going to be beat over the head, this is certainly the way to go.

The album kicks off with its strongest track in “I Don’t Mind”, a gloriously foggy-headed stroll, grounded by its metronomic beat. Singer/guitarist Martin Frawley drawls out the slacker persona to a T while MacFarlane adds her twee harmonic counterpoints. The song works up a bit of a lather in its last quarter, coming on seemingly without notice, while Frawley nearly shouts his repetitive chorus of “I don’t mind if you wait / I don’t mind if you stay / I don’t mind if you wasted away”, ironically with such adamancy for his indifference. From there, it would be natural to fear quality careening downhill, but Twerps keep the ball rolling through the final track.  They keep things fresh by mixing up lead vocalists for MacFarlane’s giddily shuffling “Strangers” and more measured “Shoulders” and varying tempo and dynamics, such as moving from “Fern Murderers” bubbling pulse to the frantic “Cheap Education”.

So, obviously, we’ve all heard this type of thing before – but, who cares? I don’t – when something sounds good, it sounds good, a cold, hard fact often forgotten in the cross-eyed search for innovation or beneath the haze of image and hype. Twerps couch enough of a dark streak beneath their mostly sunny exterior to promise future explorations outside their current box, but for now take Range Anxiety for what it is – that dimpled, freckle-faced, tousled-haired little imp of a child who you can always bet on finding mischief, yet can’t help but pinch his little cheeks and chuckle at anyway.