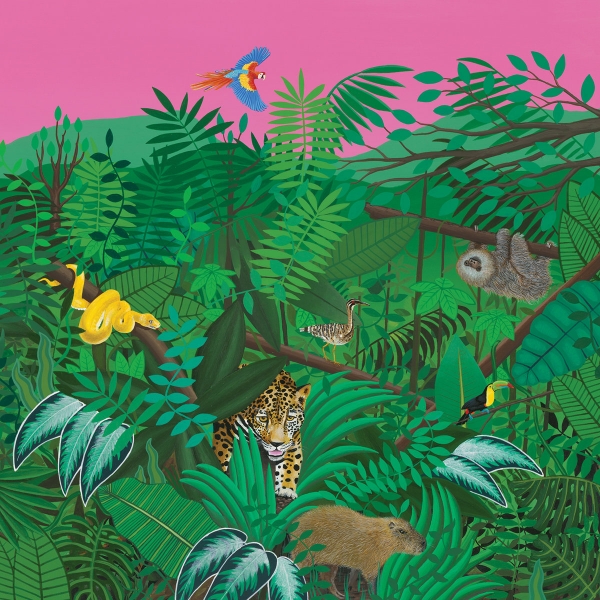 After a particularly dismal break-up at the beginning of last year, I serendipitously stumbled upon Peripheral Vision, the second album from Virginia band Turnover.

The record, I learnt, transitioned the sound of the (now) three-piece from pop-punk to clean and hazy shoegaze, and with songs titled “I Would Hate You If I Could” with lyrics like “Can I erase from my mind anything that you said / Or anytime that we spent with each other”, it’s hardly a surprise that I’d found some warmth in the cold with this one.

Throughout frontman Austin Getz was lucid and unashamed about the way he felt amidst a particularly painful bout, as in “New Scream”, where he asked himself “Can I stay at home, I don’t want to go / I don’t want to wake up till the sun is hanging / Stay up through the night, sleep away the light / Just another dream I had that’s better than my life”. It was crude emo — not emo proper in the 90s or Midwest, Kinsella-brothers sense but emo in the adolescent, ‘Dear diary’ caricature way — and twinned with simple but powerful and spectral instrumentation, Peripheral Vision became a landmark album for the band and put them at the forefront of the emo-indie crossover among peers such as Pinegrove and Big Thief.

The band’s new full-length Good Nature pushes them further into this field, again adopting the warm, plush production of Will Yip to emphasise their comforting and sparkly guitar-lead instrumentation, not to blow a chill down your neck as with its predecessor, but instead to reflect a kind of wonder and awe.

In the incredibly gentle opener and lead single “Super Natural”, Getz paints the scene vividly with plenty of colour: “On the last weekend before the fall / Down at the beach carnival / Spinning slowly with the carousel / Your gold earrings go so well / With the little yellow light / Sining on a foggy day / Painting you a pretty shade / Like you were a girl in a water colour”. If he was sleeping away the light on Peripheral Vision, his eyes are open to all the vibrant reality of life here, and as such on the whole Good Nature brightly evokes the feeling of leaving your room and opening the doors and stepping outside.

Indeed, as you’d guess from its title, the record is best enjoyed outdoors. Be it the ascending guitars fluttering into the chorus of “Butterfly Dream” or the slow grooves of “Sunshine Type” and “Pure Devotion”, these collection of songs exude a childlike, earnest curiosity and contentment. The flip side of this is that the darker side of Peripheral Vision seemed to give it a kind of clout that is lacking at times here, except perhaps for “Breeze”, which would have fitted on the previous record comfortably. Depending on your preference, the sound of Good Nature will taste either of subtle maturity, or of a soft —albeit sweet — scoop of vanilla.

Though it’s certainly a considerable aspect of it, the record isn’t entirely a jolly summer record bereft of the heartbreak that fuelled Peripheral Vision, but rather a mantra for accepting — or learning — that there is a world to be enjoyed outside the confines of a dark room. For many who found solace in sharing in Getz’ pain beforehand, it’s a lesson worth learning.