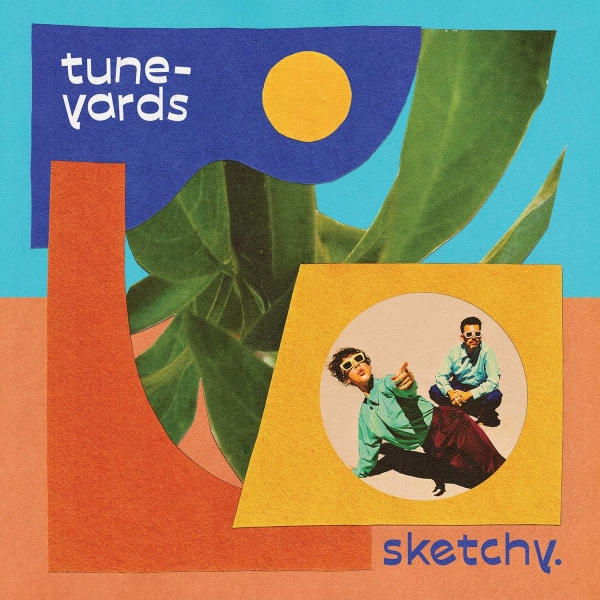 Not that Tune-Yards haven’t consistently challenged and highlighted the vast injustices and inequalities of our world through their music and nail bitingly sardonic, satirical lyrics over the years. You only have to listen to their psychedelic score to Boots Riley’s mind-blowingly surreal 2018 film Sorry To Bother You or listen to “Colonizer” from I Can Feel You Creep Into My Private Life to know that.

But, Sketchy turns previous introspections outward. Private questioning lyrics become a rallying cry; a protest march chant of a voice added to the thousands that have been fighting racism and inequality for years. The first single to be taken from their new album, “nowhere, man” - released in Sept 2020 against the backdrop of the impending US Election - was created with the hope that “the music brings energy and a strong wind of encouragement to those who are shouting and singing loudly for justice right now.”

If there were any doubt about it, Tune-Yards intentions were made clear on “hold yourself.”, the second single released from Sketchy. “This song is about feeling really betrayed, by my parents’ generation, and at the same time, really seeing how we are betraying the future,” Garbus explains. Of the past few years she said: "We had really been non-stop hustling and when we're hustling, we're complicit in all of the systems that I really don't believe in."

Musically things turn from the poppier, danceable melodies of recent outings and hark back to the more raw Tune-Yards of Nikki Nack and W H O K I L L. So when we say rallying cry, we’re not just talking about Garbus’ fierce vocals but the fiery intensity of live instruments over digital compositions.

Songs like “nowhere, man” “make it right.” and album closer “be not afraid.” teeter on a knife edge of rage and grief - they’re abrasive, cacophonous, percussion led and less complex than the duo are capable of but more powerful for their directness. Meanwhile there is still an explosive sense of joy to be found in the album’s catchier, smoother, melodic tracks “under your lip”, “hold yourself.” and “silence pt. 1 (when we say “we”).” There is also a wonderful, more trip hop vein to the record found in “Sometime” and the darker twists of “My Neighbor”.

Sketchy is a bold album in so many ways but it’s also incredibly, comfortingly Tune-Yards: High energy, offbeat movements, looped vocals, powerful cries, incredible rhythms, a belief that fighting for what is right is the only option. It’s life affirming.