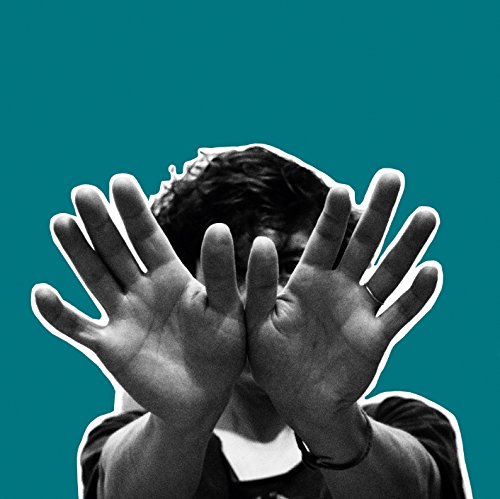 When I talk about voices, I am gesturing around the room. It is understood that voices are non-white, female, queer, working class, trans, excluded or otherwise compromised narratives that require underlining in urgent reds and blacks.

The privileged storyteller never hears the sound of their own voice, because – unless they have elsewhere known the feeling that some essential part of their being is second-class – it has never required any validation to be heard. Reading interviews with Merrill Garbus, it’s obvious that she invests a lot of time in thinking about how her own tongue carries the names of the African people and places she’s known and adored: teaching music at a primary school in Kenya; seeing Taarab music live; the ongoing influence of Fela Kuti, among others. For the fourth Tune-Yards album, I can feel you creep into my private life, Garbus chooses to examine the inherent privileges she is afforded by swiping her white-American library card through other cultures, while simultaneously fighting patriarchal bluster at home.

It’s also a lot of fun. Tune-Yards are now officially a duo, with Garbus’ longtime collaborator (and now husband) Nate Brenner getting dues for his creative contributions – a decision which, in itself, was delayed in order to sidestep any ‘man behind the music’ assumptions about Garbus’ own artistic autonomy. In truth, nothing’s fundamentally changed here from 2014’s nikki nack, though an evolution of sorts has rendered the band’s sound more streamlined than ever. Most notably jettisoned is the ‘kitchen sink’ feel of previous records; over the course of an entire Tune-Yards LP, their spirit of kooky maximalism would often begin to jar. This time out the songs develop with an organic elegance, even when they’re saturated with gated reverb and cut-up samples of Garbus’ own vocal takes, and the result is glorious.

What’s particularly impressive is that there’s no disjunction, or even visible stitches, between the album’s critical discourse and its party jams. Though some songs may be slower tempo (“Who Are You” is a particular swoon, complete with saxophone solo), the songs here are edited together in such an artful manner that each mood is merely one juddering ebb to another poetic jazz flow. More than that, arguably every song here is political in some way, though some are directed in a more external or explicit fashion. “ABC 123” talks of elections, “white centrality” and “sitting in the middle of the sixth extinction” over a typically energetic bassline, but almost every swathe of the album is concerned with listening, speaking, tongues, mouths, ears, voices, permissions, telling stories, the physical as well as intellectual vessels for communication.

“Colonizer” is the dark heart of this exploration, an angular and occasionally chaotic examination of Garbus’ own travels through Africa which she has, by her own admission, often used as a “point of legitimacy” in her work. “I use my white woman’s voice to tell stories of travels with African men,” she sings, and that voice is a performative operation: “I turn on my white woman’s voice.” There are more questions than answers to be found whenever the subjects of white privilege and cultural appropriation arise, though it should suffice to say Garbus’ recognition and ownership of said privilege is refreshing enough on its own.

I can feel you creep into my private life never feels worthy or didactic, partly because its component doubts and sorrows nonetheless conspire to a joyous union. “Look at Your Hands” is the pinnacle of a few ‘80s pop-oriented bangers here, a Chaka Khan-indebted tribute to the physical world that deserves to be heard ringing around every self-respecting clubnight for the rest of 2018. But just as Tune-Yards deserve credit for highlighting the other voices that inhabit their work, Merrill Garbus must now be recognised as one of the most exquisitely playful and inventive voices of our generation. “I came to get down,” she says on “Home”, “but you’re not telling my story, man.” More than ever, it’s time we started listening better – to other voices, certainly, but also the way we use our own.