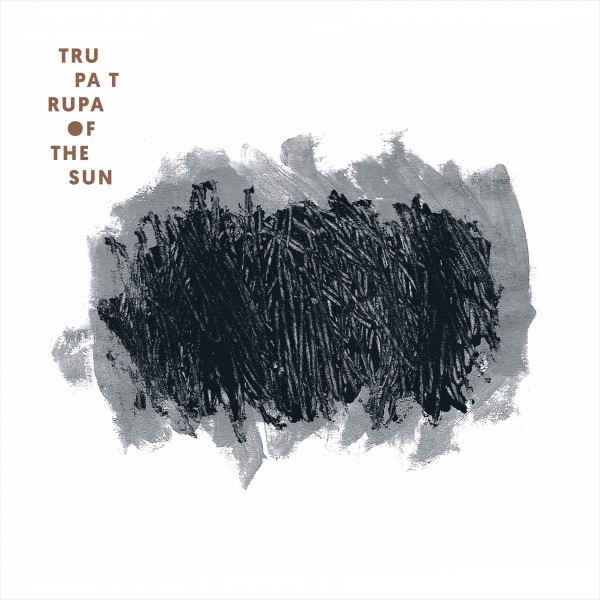 Of the Sun is Gdansk band Trupa Trupa’s third album to be widely released outside of Poland, following Headache in 2015 and Jolly New Songs in 2017. Each successive record has swapped a shade of intriguing idiosyncrasy for a sharpening of hook and method, and the resulting payoff is still on the increase.

The fluid character of Jolly New Songs, stoic at one turn and manic the next, was strongly undergirded by the playing of bassist Wojciech Juchniewicz, who also contributes guitar and vocals. Aware of what’s working for them, Trupa Trupa have Juchniewicz introduce Of the Sun with the elastic axis of “Dream About,” and his parts go on to help set as much as anchor the tone on “Mangle,” "Anyhow," and most of the album’s dozen songs. Of the Sun bears familiar markings - the ring and crash of the guitars, the heavy echoing drums, the CD booklet of photographs conveying a colourless sense of modern dislocation - yet its profile is not prefabricated. It is a ‘post-’ record for sure, but the exact suffix is up for debate.

Strength and repetition are right there in Trupa Trupa’s name, and singer/guitarist Grzegorz Kwiatkowski shows a growing preoccupation with focus on Of the Sun. Lyrically, motifs are frequently established with few recurring images. “No one, no way / No one, nowhere / I dream about” is the entire vocabulary of “Dream About”. The forceful “Remainder” carries but one spinning thought: “Well, it did not take place.” In a recent interview, Kwiatkowski notes that this lyric was written by another member of the band, and that while the group’s democratic nature determines that such things are left to individual interpretation, he personally reads it as a rebuke to Holocaust denial. Kwiatkowski, also a poet, takes his country’s history to heart, but tends to keep the lines he lends to his band open and impressionistic.

Not unlike The Twilight Sad’s mastery of making an emotional impact with the combination of a few choice blunt images and a monolithic musical arrangement, Of the Sun derives a good portion of its power from persistence. Trupa Trupa continue to hit the mark as they experiment with simplification without excising the art from their rock.