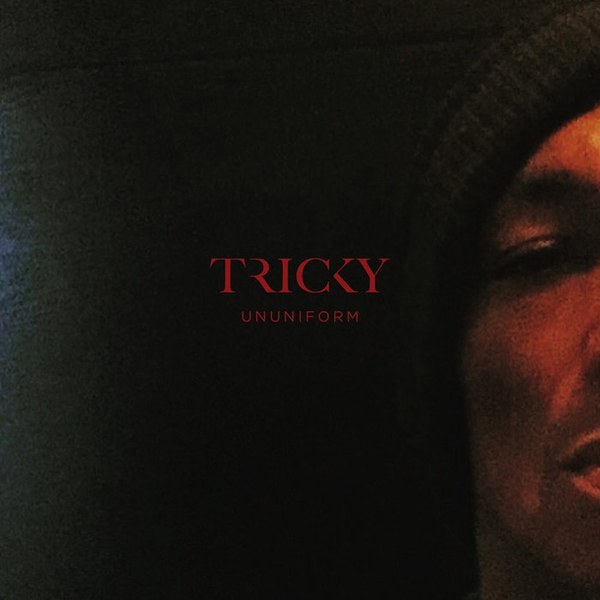 13 releases and 22 years later, Tricky is taking the time to look back at his life and career on Ununiform.

In the mid 90s his name was synonymous with the trip-hop invasion, Tricky being one of the key architects of the sound. Fast forward a couple of decaces and the decision to title a record in such a way suggests that we are in for another ground breaking whirl.

The title is a bit of a misnomer in its relation to the music, but perhaps perfect for the story of his life. The challenge with listening to his work is that it has a sort of 'what-have-you-done-for-me-lately' type relationship with its fan base; he works in a genre that constantly begs artists to be innovative and discourages sounds or techniques used in the past, something rarely duplicated in many other musical scenes. It would be unheard of to ask pioneers of punk, new wave, folk or even pop not reuse the sound that has made them definitive. To that end, if you are looking for Tricky the sonic innovator, you will not find anything here that touches his first few releases.

If you are looking for Tricky the story teller, then Adrian Thaws delivers past introspection and a peak into how it all ends. His trademark low growl turned whisper is featured a number of times and the album as a whole is completely shrouded in dark gloomy lyrics and sounds, despite the press release suggesting otherwise. But then again, when you consider this is a record where he's looking back at his life - one which was wrought with criminal activity in his youth among other burdens - it's easier to understand where he is coming from, even forgivable.

Unfortunately, perhaps something not as easily forgiven is the less than energetic attempt at covering Hole's "Doll Parts", renamed to "Doll", which features a softness and dullness that lacks the angst of its owner and does little to convince us that "someday you will ache like I ache". Equally unimpressive is the collaboration with Martina Topley-Bird, who was of course featured prominently earlier, classic releases. "When We Die" in principle is a beautiful narrative on the final chapter of life, but it lacks execution as a simple rock beat drives two notes from the bass that repeat ad nauseum with minimal accompaniment.

There are some excellent moments that truly stand out. In particular, a couple of tracks featuring Kazakhstani hip-hop artist Scriptonite bring a welcome rawness and aggressiveness into the mix, "Same as it Ever Was" and "Bang Boogie" also being the only body movin' pieces on the album. "New Stole", while not landing anywhere near the radius of a beat you can groove to, has got some serious soul featuring great vocal work from Francesca Belmonte.

In the end, Ununiform has it's peaks and valleys. It's Tricky's prerogative about how he wants to bleed out his soul. There's no denying the passion is there, and the story is intriguing. There's no question that this is art. But not all art is meant to be appreciated, nor is it necessarily accessible. If nowhere else, Ununiform definitely belongs in that latter category.