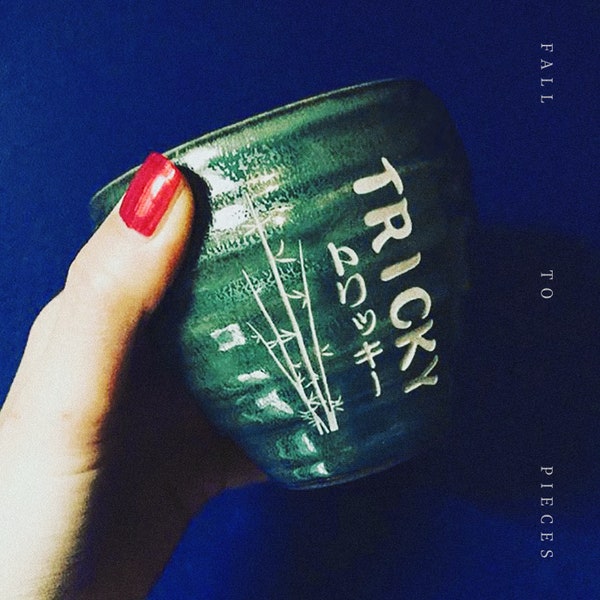 ​​It’s been 25 years since Tricky released his debut LP – the iconoclastic masterpiece Maxinquaye – and he’s had a hell of a ride to get here. Unmentionable tragedies, immeasurable highs, and thousands of bands who view him as an influence: the man born Adrian Thaws has seen (and heard) it all.

Tricky makes, and has always made, nocturnal music, and a Tricky album is usually sonic melange of dusty dub, hazy jazzand suffocating electronics. Fall to Pieces is no different, and in many ways it represents the quintessential Tricky experience.

Like most recent Tricky records, it’s been slashed to the bone in terms of running time, and no second is wasted, no beat or vocal or bar isn’t put to good use. After one listen, you’ll also notice that much like the man himself, this record is held together by a grim, almost stoic sense of determination to see through the bleakness of modern life, and find some semblance of hope at the end of it all.

Across the record, there are many highlights, most of which feature Marta Złakowska on vocals. The twitchy, throbbing “Fall Please”, which was released ahead of the record, is stunning. It summons the ghosts of lost nights, frozen streets and pounding headaches. “Thinking Of” is gloomy, but elegant and seductive in its haunting darkness. Danish singer Oh Land takes the driver’s seat on the beautiful, warped pop of “I’m In The Doorway”.

Tricky’s repeated mantra of “Don’t let it get ya down” breaks through the hideously claustrophobic noise of “Close Now”, which could run for at least five times its 97-second run time and still not overstay its welcome. Same goes for the 104-second “Running Off”. The wonky piano blues of “Hate This Pain” is a chilling statement on grief, and “Like a Stone” deals with the immensity of sorrow.

I didn’t want to mention the all-too-recent death of Tricky’s daughter, Mazy, but her life and her impact on her father is integral to a full understanding of this record.

Born one month after the release of Maxinquaye to Tricky and his then-partner (both personally and creatively) Martina Topley-Bird, Mazy is the person who Tricky credits with teaching him how to love. In an interview with The Guardian last year, Tricky explained that his whole life has been riddled with moments of intense grief, and bewildering violence bubbling just the surface, but despite it all he’s remained hopeful. He discussed his crippling shyness, his indefatigable work ethic and his propensity for intense bouts of paranoia and fear, but it was the death of his daughter that threatened to detail him for good. Fall to Pieces is proof that he was inspired enough by her life to keep on living, and keep on keeping on.

In that same Guardian interview, Tricky said that he’d come to the realisation that by this stage of his career, it’s not about him any more: it’s about the impact he has on the world whenever he releases new music; his music is played to burns victims, to comatose hospital patients, to prisoners. Despite how dark his music appears at first listen, eventually Tricky’s music becomes part of your life, like an internal soundtrack that guides you through the great times and the horrific ones. No matter how many times you fall to pieces, his music will help you put yourself back together again.

His best, most vital album in a long time.