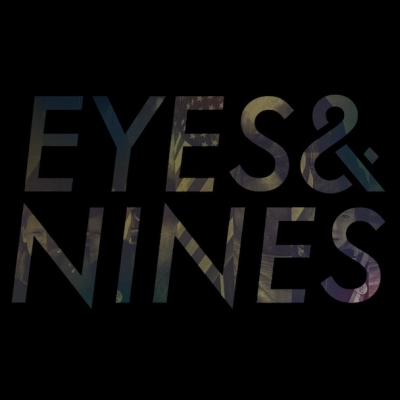 Taking about the same time to run through as a Findus Crispy Pancake takes to cook (including turning time half way through – depending on if you buy this on vinyl or your desire for evenly browned breadcrumbs) is Eyes & Nines – the third album from Californian hardcore thrashers Trash Talk. Spurting ten tracks of, at times, quite terrifying aggression in all directions.

The majority of their songs hurtle by in a devastating blur of tightly fused punk. Leaving the listener a whimpering mess on the floor before they even realise what’s happened – with no respite or pause for breath this relentless assault continues again and again until disjointed limbs can simply take no more.

But also exhibited here are a greater number of longer form tracks than their previous work. ‘Explode’ manages to make it past the two minute marker; playing out with the ferocity of Lighting Bolt clashing with Extreme Noise Terror over the last parking space in Sainsbury’s. Album centerpiece ‘Hash Wednesday’ seems like The Orb (by their standards) at an epic four-and-a-half minutes! It’s a doom inspired grind of religious terror; distinct from the rest of the record’s “let’s smash shit up” mantra – this fumes quietly in the corner sharpening knives whilst rocking.

Its slight seventeen-minute run-time may offer a false sense of security. But make no mistake this is the audio equivalent of spilling the local nutters pint. It doesn’t piss about, you’ll be dragged to all corners of the room and put through numerous plate glass windows by the time everything’s said and done. It’s little wonder that their devoted fan base leave their gigs with split lips and broken noses – this is music that encourages a collective outpouring of aggression from days under the boot heel of “the man”.

Eye & Nines is their most cohesive body of work so far; and should escalate them to the same levels of notoriety as label mates Cancer Bats and Alkaline Trio. Just make sure you are far away from any sharp objects when listening.