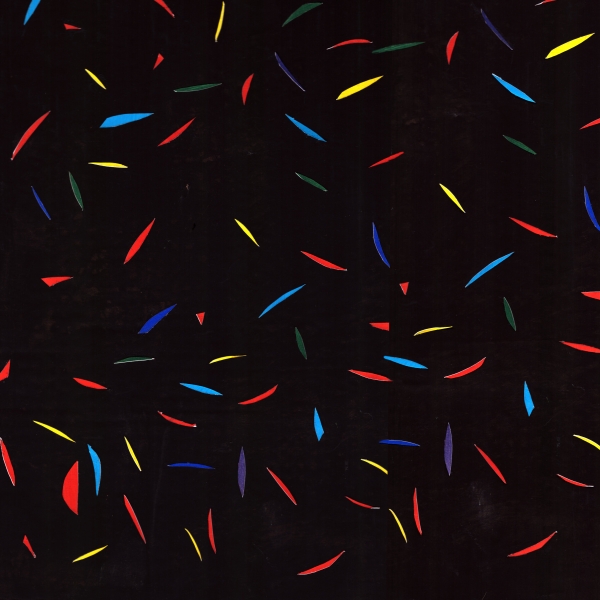 Between Trash Kit’s self-titled debut record in 2010 and its follow up, Confidence, released in 2014, a shift in sound occurred discernible to even casual listeners of the band. The development of sung-spoken vocals, a growing array of instrumentation; the trio, all prolific in their own right, were clearly exploring a larger, more inventive aesthetic.

That ambition is what has found its natural next step in Horizon, Trash Kit’s most encompassing and exploratory release yet. Vocalist/guitarist Rachel Aggs, also of SHOPPING and Sacred Paws fame, remains distinct in her noodly post-punk playing, though her performances reflect her professed love for Zimbabwe’s guitar music more than on any previous record. The increase both in sung-spoken vocals, such as on highlight “Sunset”, and instruments such as strings and piano, also embody this continual progression and growth.

Nowhere is this more apparent than on “Disco”, a seven-minute, sprawling beast of a tune that simply refuses to give up. Implementing the various influences and additional instrumentation apparent throughout Horizon, the band take their circular song structure to the extreme, pushing the groove to see just how far it can go. Even allowing the track to die and return at one point, it’s reflective of the increasing confidence the band have in improvising and stretching their sound, and is a masterclass in doing so without ever sounding dull.

Thematically, Horizon also juggles numerous topics relating to expanding and moving on. The notion of time passing in “Horizon” and “Sunset” is clear, and is also referred to on tracks such as “Traffic Lights”, when Aggs sings: “Some people slip away, but we keep moving forward”. “Get Out Of Bed”, which tackles issues of self-doubt and struggling with motivation, similarly reflects this notion of resilience, an admittance that, while shit may happen, life will regardless continue moving forward.

Ending with the modest and calming “Window”, Trash Kit neatly round off an album on which they prove themselves to be far more than an efficient post-punk outfit. Incorporating a sense of scale and sounds that highlight the ingenuity and curiosity that sits are the heart of the trio, Horizon is a celebration of the trio’s vision and collective experiences. Wherever it takes them next, let’s hope it continues to be as enthralling as this.