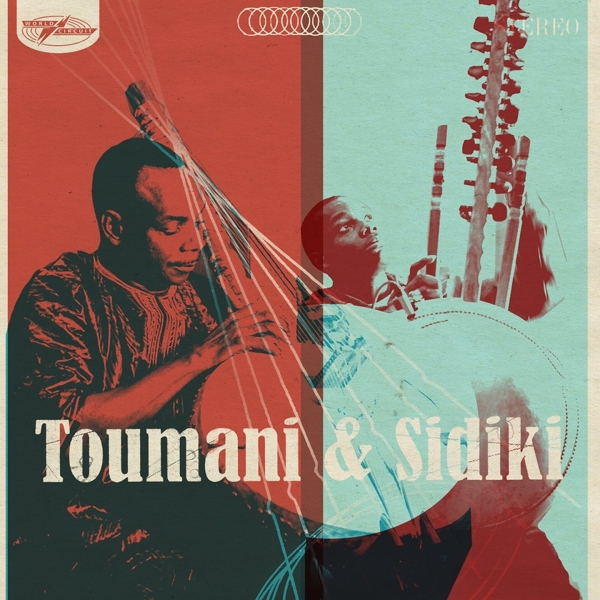 These days, father-son collaborations in music are a rare thing indeed. Off the top of my head, we’ve had Nas and his old man Olu Dara Bridging the Gap between hip-hop and blues; and there was the initial Mystery Jets line-up that somehow managed to avoid any embarrassing dad awkwardness; but not much else.

Now we have Mali’s Toumani Diabate, back with another intriguing collaboration – this time alongside his eldest son Sidiki, on a series of duets on kora (a West African harp-like instrument). Whilst much of Toumani’s back catalogue has had a forward-thinking slant, exploring the fusion of traditional Malian music with other genres, from blues to flamenco to free jazz, Toumani & Sidiki feels like an freshly unearthed artefact, steeped in the influence of centuries.

Indeed, undisputed king of the kora Toumani’s passing of the baton onto his son means that Sidiki is the latest in a line of Griots that can be traced back in the family over seventy generations. Add in the fact that Sidiki is already a superstar hip-hop producer in Mali (check the synthy madness of “Gon Foly” on YouTube for a striking contrast with these songs), and you’ve got the ingredients for a documentary that would make world music and world cinema fans alike go weak at the knees.

In terms of recording, Toumani & Sidiki is about as stripped down as it gets: two musicians, two instruments, no vocals and no overdubs - the duo rehearsed very little or, for some songs, not at all. The only idiosyncratic production choice was to pan Toumani to the left speaker and Sidiki to the right, allowing the listener to identify the player of each part. A nice idea, however in practice, even with headphones, this arrangement becomes somewhat redundant, as the emphasis is on the merging of these two instruments into one and the uncanny intuition of the musicians to complement and support each other’s movements.

If you’re looking for an introduction to the kora as an instrument, “Rachid Ouigini” is a dazzling showcase – reflective and melancholic but simultaneously strong and defiant. Mali has been through some terrible times in recent years, and here the duo manage to capture that strange combination of sadness and hope that must have been going through their minds when they were making this record. In fact, a number of the song titles are references to Mali’s recent history – “Dr Cheikh Modibo Diarra” was interim prime minister after the 2012 coup d’etat, and “A.C.I 2000 Diaby” refers to a modern sector in the capital, Bamako.

”Lampedusa” is another favourite, its title a reference to the Italian island where a shipwreck killed more than 350 African migrants last year. It starts inauspiciously with a rustic bluesiness until a gracefully picked melody reveals itself and elevates the piece into a tearful requiem. On “Bagadaji Sirifoula”, underpinned throughout by what seems like a looped bluegrass figure, the pair alternate lead parts, like Neil Young and Steve Stills in their prime, but a bit more supportive I should imagine. The confidence, sometimes hinting at discordance, of Sidiki’s contributions here have something of the guitar virtuoso to them and suggest that he, like Toumani before him, may be able to add yet another chapter to the long history of this ancient instrument.