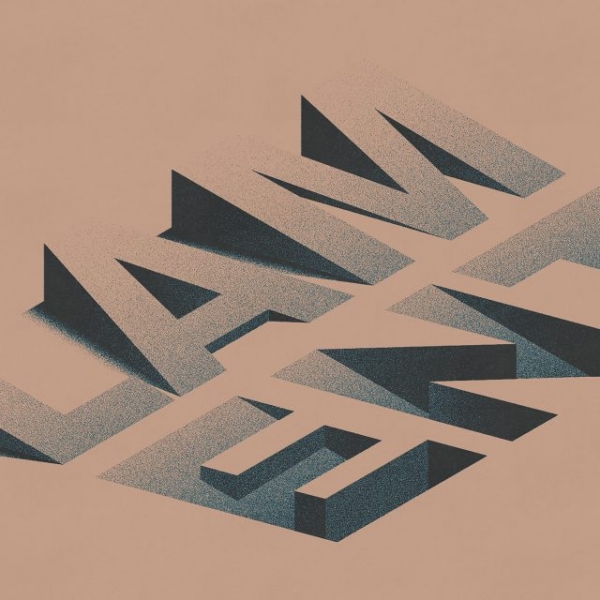 Stage Four, Touché Amoré’s record from 2016, found lead singer Jeremy Bolm detailing the loss of his mother to cancer with startling candour. Paired with his bands most ambitious musical project to date, it remains one of the most affecting bodies of work - across any genre - in recent memory.

Stage Four is not where Bolm’s story ended though. As he states on the closing track of his bands new record Lament, “Since the last time we spoke / I’ve learned quite a lot” ("A Forecast"), Stage Four was just the beginning of his journey with grief. There were no conclusions, or easy answers. It was a warts and all portrayal of the experience of loss. Nothing more. Nothing less.

Grief is a door blowing in the wind. At times it is merely ajar, allowing us to almost forget. At others it hangs on its hinges, leaving us naked and exposed. But that door, once open, never shuts. Once grief has touched upon your life it is a constant companion, one you learn to live with, not get rid of.

On Lament, Bolm is not concerned with what comes after grief. He is focussed on how to walk alongside it. He finds and embraces love in spite of it (“With open arms you brought down the walls I defend” – “Come Heroine”) and discovers the light to be cherished in the small things that make us eternal. (“So let’s embrace the twilight” – “Limelight”) He also casts a sorrowful eye on those he hoped would be there for him but weren’t. Or those friends who treated his grief as a passing phase, something they could gloss over in time. But as Bolm surmises, he and millions like him are “still out in the rain,” in need of “a little shelter - Now and then.” (“A Forecast”) Those who have experienced grief do not get to walk away from it, it’s important then that we don’t walk away from them.

Amidst their ferociously executed post-harcore the band continue to carve out their niche in moments of understated nuance. There is a strong willed optimism in the bouncing guitars reminiscent of At The Drive-In that herald in “Reminders,” before they are overwhelmed by the group chant chorus in which Bolm declares “I tilt my chin up in photographs.” Ever defiant, painting a brave face. Lament also features two of indie rocks finest in cameo roles with Julien Baker adding vocals on the aforementioned “Reminders” and Andy Hull of Manchester Orchestra adding an emotive depth to the outro of “Limelight.”

There is still plenty of grit here though. Ross Robinson, who has worked with Slipknot, assumes production duties, and adds extra heft to the bands already formidable arsenal. “Exit Row” and “Savoring” are inexplicably heavy, with the later serving up some darkly impressive metal licks. And as always, despite his range continuing to hover between furious shout and anguished plead, Blom retains his unique ability to ensure that you hear every word he utters. His clarity and sense of purpose set him above almost all other vocalists in the genre.

Things have not become miraculously easier for Bolm in recent. Instead his life and viewpoint has shifted to accommodate the hole his mothers passing left in his life. Lament is testament to the power held in each new day, and the moments to be discovered within, delivered with crushing passion by a band worth standing behind.