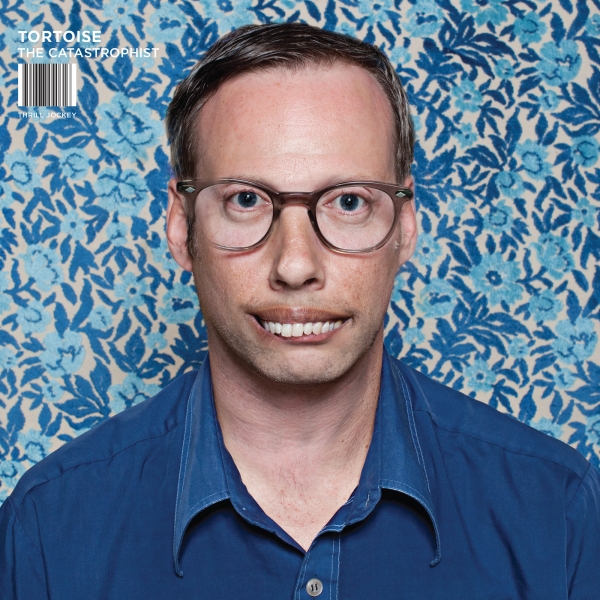 ​Ironies abound on Tortoise’s long-awaited eighth album. After almost a seven year wait, the resulting pent up giddy anticipation for what the quintet might be cooking up in their Soma Studios is finally about to be revealed – and when it arrives it’s as welcome as a punch in the guts.

But you knew that, right? It says it on the front cover next to the geeky spectacle-adorned buck-toothed chap – it’s a catastrophe. Cue the navel-gazing giggles.

And there are plenty more moments of louche pop humour and half-baked musical ideas once you press play to baffle listeners. The most glaring is the Chicago band’s take on the 1973 David Essex radio favourite "Rock On" sung by U.S. Maple’s Todd Rittmann. Ironically, Rittmann does an admirable job. He even restrains from breaking into a fit of the giggles as he delivers an impressive performance. But it must represent Tortoise’s lowest ebb as they robotically sleepwalk through the shallow tune’s three-minute reheated lifespan.

Apparently, drummer/production wizard/cover portrait muse John McEntire says he and bassist Doug McCombs simultaneously hit on the idea to cover "Rock On" after having ‘remembered hearing it on the radio all the time as kids’. But it ends up sounding more like a kitschy inside joke than killer tune, and the song certainly bears no resemblance to any song near it on the album. In fact, none of the tracks segue into the next or form any recognisable whole over the course of the album. Instead, they settle for veering from one orphan of an idea to the next in the hope that their scattershot musical variety will add up to something bigger than the sum of their parts.

Nevertheless, "Rock On" isn’t the only vocal moment on the album. On "Yonder Blue" singing duties are improbably handed to Yo La Tengo’s Georgia Hubley. She, ironically, wasn’t the selected target to handle the band’s first foray into the realm of the bittersweet torch-song ballad at all. “Robert Wyatt was our first choice,” McEntire recalls, “but he had just retired and politely said no. We were discussing asking Georgia to do something, but not that track in particular.” Like Rittmann, she makes a pretty good fist of it despite the band’s backing track sounding like it was recorded about three decades earlier on a cheap Radio Shack dictaphone.

Another irony you say? Over the album’s 11 tracks, nine of them are between three and five minutes long. No less than six of the tracks weigh in at a jaunty three minutes or so. Which makes the natural choice for the single, of course, the tune with the unpronounceable name – "Gesceap". It clocks in at a handy seven minutes and thirty-seven seconds. Thankfully, its circular synth noodles and lockstep drumming are compelling enough to finally reward the loyal listener for their patience with one of the veteran band’s trademark propulsive jams.

Still more irony? The band’s guitarist Jeff Parker revealed this flattering insight into the recording process: “All of the songs went through a pretty intensive process of restructuring. We actually had quite a lot of material that we ended up giving up on,” he admits. But given the unfulfilling nature of the album and its jumble sale of disjointed tunes, it’s quite hard to imagine what was substandard enough to have been left on the cutting room floor.

As a band of talented multi-instrumentalists, Tortoise have always ploughed an impressive swath through a myriad of genres in search of a rich furrow of abstract musical delights. Until now. Yes, the hints of this particular catastrophe were present in the lacklustre Will Oldham collaboration of 2006 and 2004’s decidedly so-so It’s All Around You. But sadly, what should have been a triumphant return ends up being as forgettable as the time of year of its release. It’s a middling album birthed in a middling, gloomy time of year without much joy to offer. Not even a proper chuckle.