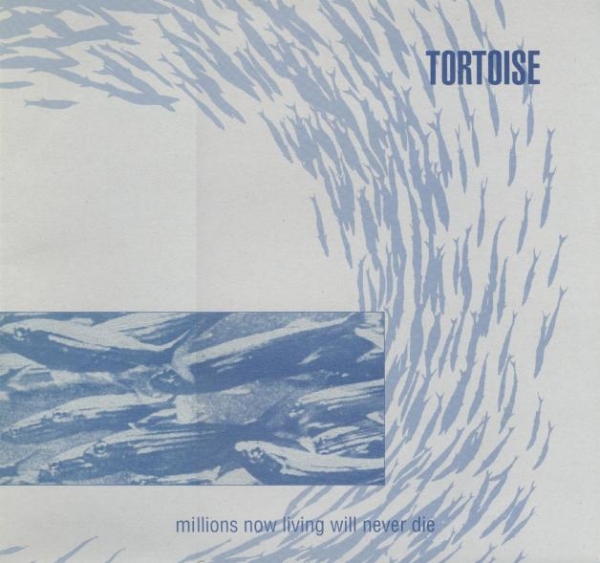 It’s hard to believe but there was once a time when the oft convoluted and meteorically misunderstood sub-genre of post-rock was just about finding its feet. With the likes of latter-day Talk Talk and Louisville quartet Slint having laid the transatlantic groundwork of sorts, Chicago instrumental outfit Tortoise all but personified its modus operandi in the mid-Nineties, not least on their second full-length effort, Millions Now Living Will Never Die, a six-track masterstroke boldly melding jazz, dub, rock and every conceivable sub-genre in between. Almost twenty years on from its initial release, a new vinyl re-issue of the record grants us an ideal opportunity to re-assess its legacy.

As with most things shrouded in (or indeed attributed with) a sense of game-changing import, context is everything. With Slint guitarist David Pajo replacing founding member Bundy K Brown on bass, the collectively multi-instrumentalist Tortoise embarked on a ten-day retreat in Northern Vermont to forge new sounds, the majority of which was immediately recorded upon returning to Chicago. What might have simply seemed like a band outing from outside perspective was, in fact, a hugely important explorative and altogether introspective means to discern and hone new textures, sounds and space. Tortoise’s modern-day attempts to essentially re-imagine prog-rock had begun.

Opening on twenty-minute opus ‘Djed’ – not only an ambitious centrepiece of the album but also of post-rock’s implicit manifesto ding an sich – it’s not unfair to say MNLWND peaks on its first track. A multipart distillation of sonic wanderlust imbued with Krautrock’s defining motorik surge, defined by unravelling patterns, phrases and fracturing electronic passages, the track is a gloriously immersive tapestry echoing Can’s 'Hallogallo' by Neu! at one point and coursing marimba and mallet-driven electronica at another. In other words, were PiL, Steve Reich and Neu! ever to assemble and flaunt their sonic wares as a unit, reverberations of ‘Djed’ would undoubtedly be heard. It cannot be overestimated.

As such, varying shades of disappointment await many first-time listeners of MNLWND following the closing analogue brays of such a successfully striking opener. Patently more evocative of their self-titled debut album, the elegant instrumentation of ‘Glass Museum’ crashes into frame next, a decidedly more contemplative and unobtrusive effort bearing a masterful and lulling air of the ocean about it. With guitarist Doug McComb’s lucid themes coming to the fore, the track breaks off into a frantic charge steered by xylophone and drummer John McEntire’s eager rhythms;  a wholly unanticipated episode serving as an exquisite demonstration of Tortoise’s at times erratic cunning.

Alas, much in the same way Slint’s Spiderland has ‘For Dinner…’ and Bark Psychosis’ spearheading post-rock effort Hex contains ‘Fingerspit’, MNLWND, too, has its own protruding dud of relative aimlessness. Very much teetering on the disposable, the teasing, ultimately unbecoming ‘A Survey’ feels little more than a fleeting hesitation before ‘Taut and the Tame’ re-piques one’s interest. A shuffling polyphonic foray that sees each member’s bold, intuitive, downright jam-like prowess come into sharp focus, the track flirts with time signatures and what the band posit as Klangfärben (“tone colour” to most of us). It’s a sublime track that sublimely precedes the phantasmal meanderings of ‘Dear Grandma and Grandpa’, a brief but brilliant ambient endeavour threaded with ripples of anonymous voices contentedly wandering in waveform limbo à la Boards Of Canada.

Bowing out via the supremely cinematic, knowingly Morricone-inspired ‘Along The Banks of Rivers’ (see also: McComb’s solo work as Brokeback and Vincent Gallo’s Recordings Of Music For Film) Tortoise offer up a rather melancholic refrain to balance out the almost corporeal optimism that runs parallel with the band’s innate confidence throughout.  If the likes of Slint and Rodan were the shrugging, quietly calculating twentysomethings of early post-rock, Tortoise were, for the most part, propagators of a  playfulness and intelligence that, perhaps most impressive of all, never seemed to contradict each other on Millions Now Living That Will Never Die. More than anything, though, whilst not exactly flawless – and despite having release four superb albums since – it remains Tortoise’s most crucial statement to date; a gallant and ground-breaking second album  in which fearlessness and variance fortifies what continues to be its resolutely singular legacy.