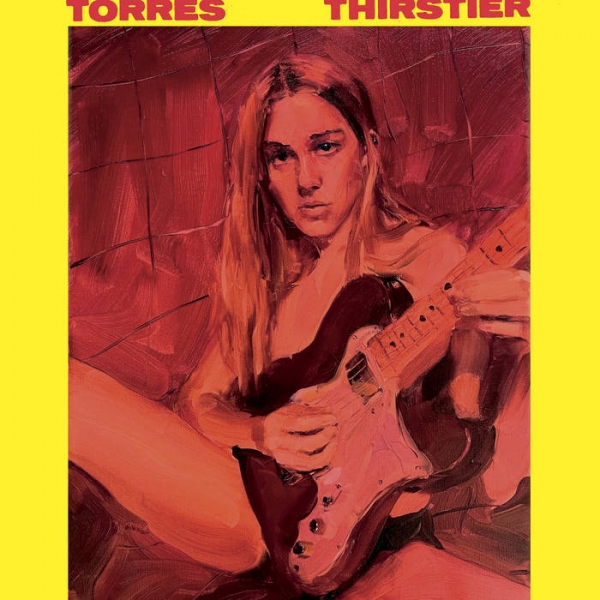 The seeming love child of Mitski and St Vincent, TORRES is opting to mesh experimental art pop with stunning indie rock this time around. Indeed, Thirstier may have a hard exterior but is soft on the inside - a thread of off the rails togetherness running through the album, TORRES is embracing her rock chick moments as forcefully as her folk-y lone ranger ones.

Certainly, the American singer has achieved her goal of encapsulating and driving home the message of love. Elevating platonic, familial and spiritual affection to sit alongside romance is no easy feat but TORRES manages to avoid any cringe cliches, leaning into pure honesty.

TORRES' appreciation for the present is wild-eyed, glancing at the world around her in overflowing appreciation. Upbeat tracks like “Hug From a Dinosaur” embrace the shift from a past dullness to current happiness. Introspective reflections respect the mundane pleasure of being alive and speaking candidly on “Big Leap” shows the American musician at her most gentle.

Gulping in reality at a rate that would make a surrealist's head swivel, the instrumentation goes hand in hand with these other worldly reflections. TORRES injects electronic (with an edge of techno) with "Kiss the Corners", pushing her usual indie rock sound to the side. Her attempt at combining the two on “Hand in the Air” results in a chaotic ending to Thirister. Struggling ‘80s synths clash with the distorted riffs and this experimental stream of musical consciousness grinds to a halt on the final track.

Thirstier seems to spin out of control in the name of artistic development. The daring dip into electronic garners mixed results: the errors of previous trials being left in the mix of a more traditional TORRES sound. The wildness on this album can make the transitions between tracks jerky despite their overlap in theme. TORRES' vision is blinded by her love of life. Where her indie rock tracks shine in their composition, a step needed to be taken back as she ventured into the sonically unknown.