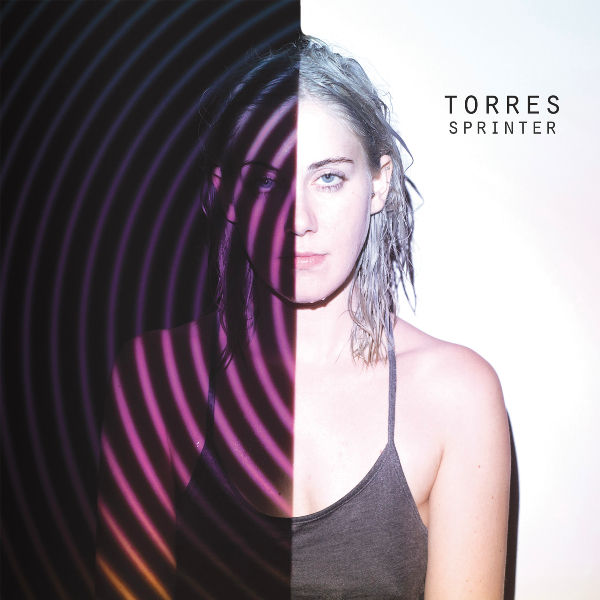 Sprinter, the second full-length from Torres – née Mackenzie Scott – the Macon, Georgia-raised and Brooklyn-based alt. country troubadour, is simply stunning. It arrives two years after her self-titled debut, a record with a lengthy gestation period and lots of dark relationship traumas, with “Honey” being particularly memorable. Few would consider that record anything less than exceptional, but Sprinter surpasses even that. Recorded with the help of some erstwhile PJ Harvey-ers and Portishead’s Adrian Utley, far from her home nation, it’s set to force Scott to become a powerhouse of American music.

In many ways this is the most personal album we’ve seen so far in 2015. Intensely introspective, we see Scott traipse through her subconscious, dismantle religion – not to destroy but dissect its inner workings – and provide a critical vignette of what Southern American life is like to someone with a quiver of gripes.

“Strange Hellos” opens the album; a barrage of grunge-rock laced with a barbed tongue, it sees Scott at her most vicious. Hatred oozes from each spat refrain, the bitterness resonating through your core; while anger and the like feature regularly in music, this kind of seething isn’t as common.

“New Skin”, a devastating track initially brought to us as a collaboration with The War On Drugs and Sharon Van Etten, features in its new form as the dust settles in the aftermath of “Strange Hellos”. It’s a lot tauter now, sewn together with gruff axes, the soft plod of percussion, and vocals that sound like they’re teetering on the very edge of the planet.

As on Torres, when Scott gets more sombre on slow jams, that’s when her talent as a songwriter shines brightest. “Son, You Are No Island” is a glistening handful of fuming, punishing post-rage embers; “A Proper Polish Welcome” is fractured balladry; “The Exchange” – featuring one of Sprinter’s finest lines: “blew my per diem on an eighth of blue dream/so I could breathe… I still can’t breathe” – is a harrowing acoustic number that will leave you stunned and numb long after the final strum echoes into silence.

There’s a distinct loneliness in Scott’s voice throughout Sprinter, and this isolation breeds the intensity and reality that the album revels in. During the tales of family, her town and the region, it’s hard to believe that she is actually all alone physically, but there’s a sense that her mental outsider-ness has been alienating. Sprinter feels like a sonic diary, with each entry Scott jots down an intense snapshot of innermost feelings and fluxing mindsets.

It’s a ruthlessly effective album. At every turn you’re met with a salt-of-the-earth sincerity, gut-pour emotions and the stark reality of what goes on inside Scott’s skull. There’s an honesty that’s unflinching, and tough topics with complex non-solutions are embraced with wide-flung arms; this is an artist unafraid to peel back and reveal the grotesque, writhing, oozing innards of society’s flashpoints, and she does so with undeterred poignancy.

This album is a vital listen: Scott’s unrestrained emotion, godly technical prowess and a natural gift for just great songwriting make it one of the finest of 2015 so far.