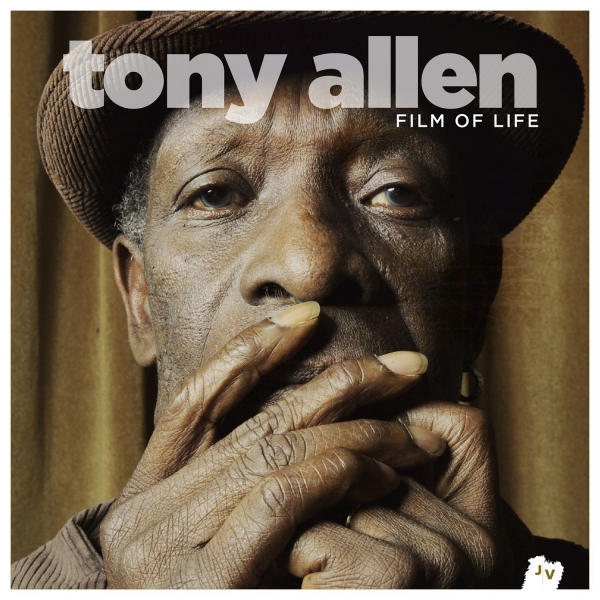 Some artists require no introduction. Others can boast of achievements worthy of household status, but remain instantly recognisable to enthusiasts only. Despite high profile collaborations with Damon Albarn, a key role with the Africa Express project and a string of acclaimed recent solo albums, Tony Allen remains in the latter category.

This is a somewhat unfair state of affairs, considering Allen's accomplishments. As Fela Kuti's drummer and bandleader of the legendary Africa 70 orchestra, Allen was essential to the creation of Afrobeat. Following the huge success of Fela! the musical, this superhumanly funky stew of polyrhythmic hypnosis that infused the hypnotic repetition of prime James Brown with limber High Life grooves, traditional Nigerian rhythms and the improvisation-friendly looseness of Jazz is nearer to the mainstream than ever before. As recent documentary Finding Fela attests (Allen features prominently), Fela was hardly the epitome of humility, but even he acknowledged just how crucial Allen's impossibly dexterous beats were in the creation of Kuti's most celebrated works.

Considering the upgrade in the profile of the late serial scourge of Nigeria's corrupted military regimes and, consequently, the sublimely vibrant protest music he and Allen created following the recent Fela-fests on stage and screen, now would be the ideal time to unleash a nostalgia-tinged trip through the back pages of Afrobeat. However, the retro vibes of backwards-gazing opener "Moving On" are a bit of a red herring. With this musical career summary and introduction to the album out of the way, Film of Life is largely about, er, moving on. For example, the societal concerns of "Boat Journey" - a passionate warning against placing your life in the hands of ruthless people traffickers in an almost certainly hopeless quest of a better life - are in line with the contents of Allen's great early solo albums, but the track's slinky, minimalist bounce strays far from their relatively conventional Afrobeat settings.

Stylistically, there might not be all that much linking (mostly) instrumentals such as the fantastically frantic "Ewa" - gaze in awe at how Allen's loose yet metronome-tight fills fit seamlessly with the central riff - and "Koko Dance"'s updating of High Life's calls to the floor to, say, the melancholy drift of the sublime "Go Back" (with Allen's The Good, The Bad & The Queen and Rocket Juice and The Moon bandmate Albarn on vocals and co-writing duties). However, Allen's superlative drumming, utterly undimmed by the passing years, is idiosyncratic enough to tie all the disparate elements, guest vocalists and stylistic shifts into a seamless bunch: you'll know whose albums it is as soon as the beat kicks in, and the drum kit is rarely silent.

Not that Film of Life is about showcasing Allen's obvious virtuosity. Allen doesn't indulge in anything as obviously showing-off as drum solos. Then again, he doesn't really have to: the rhythms propelling these tracks are multilayered to the point where you'd swear each limb was working to a different time signature; a master-class display in unimaginable skill employed in the service of a greater good: the groove. Add this to a uniformly strong set of tunes and it’s clear that at 74, Allen has created one of his defining statements.