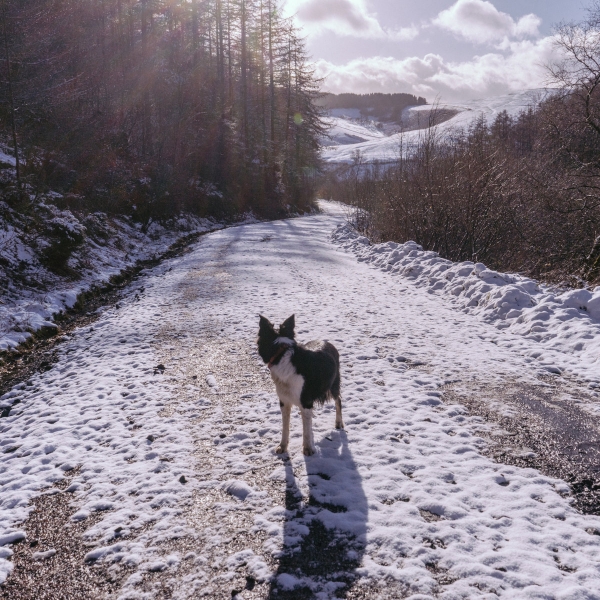 Toby Hay’s 2017 debut The Gathering drew inspiration from his immediate surroundings, its nature and social history. This second full-length offering from the folk guitarist based in Rhayader, Wales is at least partly rooted in the guitarist’s subsequent travels: tracks such as the sprightly “Marvin The Mustang from Montana” - hints of early, folkier Steve Gunn, perhaps - and “Bears Dance” (if only for the hint of Appalachian duets for guitar and fiddle) reference the time Hay has spent in the US.

As Hay’s horizons have widened, so has his musical palette: recorded quickly with a small band, The Longest Day pulls away from solitary finger-picking to draw from the loose spirit of exploration of jazz (and perhaps, by extension, even the calmer moments of such seminal practitioners of post-rock as Tortoise) alongside the expected emphasis on folk ballad-derived finger-picking and vintage founding figures of American and British acoustic guitar exploration. The genre-defying result is a startlingly assured, often deeply beautiful album that renders by now over-familiar points of reference totally fresh and which, if given the attention it so richly deserves, will become a hypnotic, habit-forming listen.

Perhaps appropriately for a record named after (and released on) solstice, the time in the year when daylight seems to refuse to fade entirely, the finest moments on The Longest Day seem custom-made to soundtrack the unhurried, languid moments of dusk. Growing from a briefly brewing cacophony and finishing with a gently intensifying, brightly sparkling crescendo at the end of its all too brief seven-minute duration, the slow-burning beauty of the stunning centrepiece “Late Summer in Boscastle” - imagine an instrumental outtake from John Martyn’s Solid Air, with Greg Sterland’s sleepily drifting sax occupying the spotlight where vocals normally go - simultaneously celebrates the brightness of summer and mourns its inevitable passing and ensuing lengthy absence.

This is music that proves powerfully potent at evoking crystal-clear images of the places and moments that may have inspired it. Both parts of the string-enhanced, majestically swirling “Curlew” bring to mind a more spontaneous take on the luxuriously orchestrated epics on sometime musical partner Jim Ghedi’s recent gem A Hymn for Ancient Land. The pull of Hay’s music is not reliant on ornamentation, however. The contemplative closer “At The Bright Hem of God” features little beyond Hay’s guitar but proves the most moving moment on an album not exactly short of highlights, a deeply resonant, beautifully built piece worthy of comparison to Michael Chapman’s greatest guitar compositions.