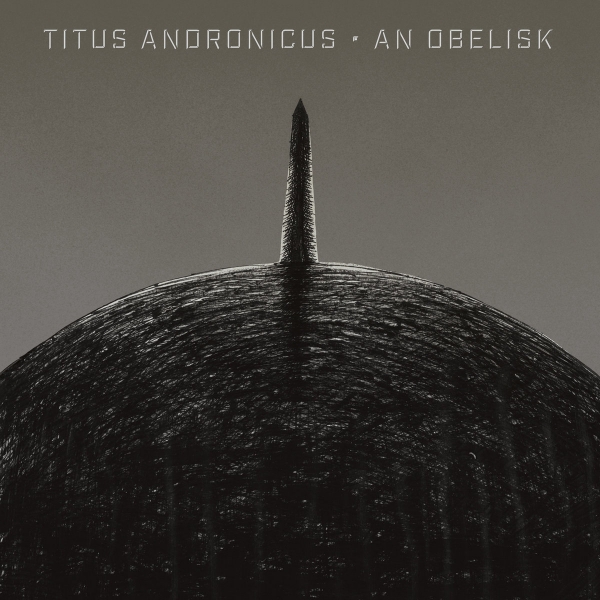 Titus Andronicus are, and always have been, a punk band.

However far they may have strayed from what punk is thought to be - via the burrowed depths of their highly literate concept albums or forays into classic rock and blues - the capillaries of punk and a DIY ethos have always been at their core. Case in point is last year’s self-described acoustic record A Productive Cough. What could have been more punk in 2018 than a band renowned for their hard rocking releasing an eight track, 46 minute sprawl of a classic rock record, complete with a near nine minute rendition of “Like A Rolling Stone”. It was a bold move that showcased the group’s versatility and love of timeless song writing structures.

Patrick Stickles, Titus Andronicus’ frontman and leade, is a man of ever-evolving vision. You either follow that vision with him, disappearing down the rabbit hole where he leads, or you don’t. Those who jumped off at A Productive Cough did so at their own loss. It may not have been the group’s masterpiece but it was a record of ambition and depth, true to its own conviction.

Which brings us to An Obelisk, Stickles' latest work and Titus Andronicus’ sixth record in little over a decade. A close relative of A Productive Cough, many of the songs here were written during or even before the sessions for that record. The overall sound though could not be more different. Under the production stewardship of the legendary Bob Mould, An Obelisk is a crystallising catapult of a record. Barely dipping below a sprint an onslaught of guitars thrust and pummel their way through ten of the group’s tightest and most immediate tracks. In a glorious display of substance over style the group thrash out their own love letter to rock and roll, butchering twelve bars and hustling through bluesy stompers.

If A Productive Cough saw the group loading the van for a road trip through the classic rock cannon, An Obelisk finds them tossing anything not strapped down out the window as they hurtle on little more than the axles and wheels towards oblivion.

Stickles has been the one constant in Titus Andronicus since its inception. This time the group’s line-up has solidified around a small core whose understanding and military timing, perhaps guided by Mould, make them an exciting live prospect. The songs here beg to fall apart but are kept in tight reign by Chris Wilson's drums and R.J. Gordon’s flurrying bass while Stickles and guitarist Liam Betson slay riffs and trade licks.

An Obelisk is a tale told from the perspective of a particular narrator, someone with whom Stickles identifies without being a mirror image; an unreliable, conflicted soul. The record seethes with a defiant rage against the structures that contain us, searching for the true meaning of punk and some semblance of truth within the capitalist façade. Stickles vocals sound reinvigorated and renewed, erupting in a larynx shredding blaze. As he spits and snarls the bawdy rabble of backing vocals, provided by Ralph Darden (of Ted Leo and the Pharmacists) provide a steady prop in the nihilistic battle.

The obelisk in the album’s title signifies the unjust distribution of power and the exertion of control of those who are at the narrow top over the masses below. As Stickles explains “Whenever, wherever the sun shines, an obelisk casts a long shadow—An Obelisk is the story of one individual’s attempt to find a place for himself in that darkness.” Such is the hopeful fury contained within this story though that instead of dwelling in the darkness it threatens to knock the bastard down.

Stark warnings of the trappings on consumerism gnaw away on the rollicking opener “Just Like Ringing A Bell”, while the incinerating lead single “(I Blame) Society” boils over in an exasperated churn at the elite few who prosper from the suffering of the many. As Stickles sings “I’m not sick – it’s the world that is”, it is hard not to share in the incredulity of powerlessness when it is seen as out of the ordinary to point at the failures of the so-called civilisation we have built.

“Hey Ma” starts out innocuously enough, a straight-up blues turn with rollicking guitars and hissing hi-hat. But midway through following a brief pause it launches into a Celtic canter as distorted guitars race through lead lines that wouldn’t sound out of place being played on a western isles fiddle or on a blow out of bagpipes. It’s a beautiful moment and a nostalgic, misty eyed nod to the Irish and Scots flecked punk that has decorated their career.

The records themes of fighting against a stacked deck continue on “The Lion Inside” which challenges attitudes to neurodiversity; trembling with the frustration of being stuck in a framework that demonises differences instead of practicing respect and acceptance. These are heavy issues, but they are tackled to the hum of a joyous racket. None more so that on album closer “Tumult Around The World”. Although it serves as a reminder that every day, someone somewhere is hurting, with a shared anger comes a communal concern and a sharpened sense of the reality of the challenges we face. We are all in this together and within that there is still a modicum of positivity. “…everywhere, there’s people dreaming and people holding on to hope / People praying for deliverance from tumult around the globe.”

As he pursues his creative path it’s not always clear exactly what Stickles' intentions are. Artistically it may be prudent for him to keep them guarded lest he open himself up to the scrutiny that comes with daring to be different. Yet if his intention was to create a brutally succinct record as a rallying response to the oppressive climate in which we live he has achieved it. Even if it wasn’t, even if we all miss the point completely we are left with another riveting chapter of the Titus Andronicus story.

When all around is crumbling and you’re trapped under the weight of the rubble faith becomes an important thing wherever it can be found. Faith in those around you, or in an idea. Or for that matter, faith in a band to keep taking risks, and take you along for the ride with them.