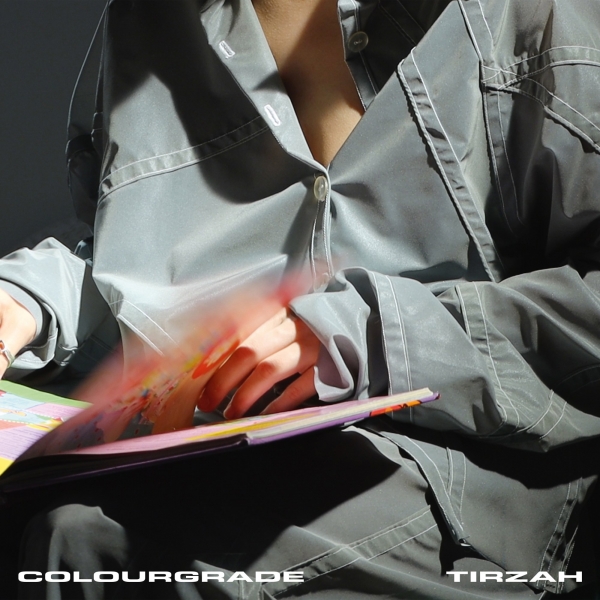 Tirzah has never been one to shy away from a challenge. The abstraction she brought to her often glacial take on R&B gained an immediate sort of cult fandom upon the release of her debut, Devotion.

It’s been some time since then - it arrived in August of 2018 - and the ensuing years have seen her embrace motherhood, of which both the joys and pressure are keenly felt on her long-awaited sophomore album, Colourgrade.

For any expecting the birth of her two children to lead her down a gentler, perhaps more accessible path, well, abandon those thoughts now. To the contrary, Colourgrade delves ever deeper into Tirzah’s unique process - sparse to the point of being spartan. Her sound has certainly always delved into the potential for slowness, and placidity, within her chosen genres, but this new project is, in some ways, ominous, even foreboding. Take single “Tectonic”, her disaffected vocals are enshrined in grim, harsh textures, a loping descent into nothingness.

To say the least, Colourgrade can be something of a challenge, and certainly an intentional one. Tirzah seems to wonder just how far we’re willing to follow her into the maw. There’s nothing else quite like this available, yet this doesn’t make it a particularly pleasant listen. It drifts perhaps a bit too far from the immediacy of her past work. However unusual and sanded down the sounds on Devotion grew, Tirzah acted as an anchor, keeping the listener grounded in the moment. Here, she seems more intent in becoming one with her chilly sounds, her vocals blending so far into the mixture so as to lose focus. It seems to exist in the uncertainty of living alongside a newborn: in caring for them above all else, what remains of the self? What will they become, and how will that leave you? Again, it’s certainly an intended effect, and for those seeking out just such an unforgiving mixture, it’s sure to scratch an itch otherwise unreachable. However, for those seeking a bit of shelter within Colourgade, well, they’re liable to be left out in the blizzard.

There’s no doubt Tirzah is making music that makes even the likes of FKA Twigs seem moderate by comparison. Yet, the question is, how far into the void do we truly want to go? How far until we can’t come back? Whatever the cost, Tirzah seems determined to find out. There’s certainly bravery in that.