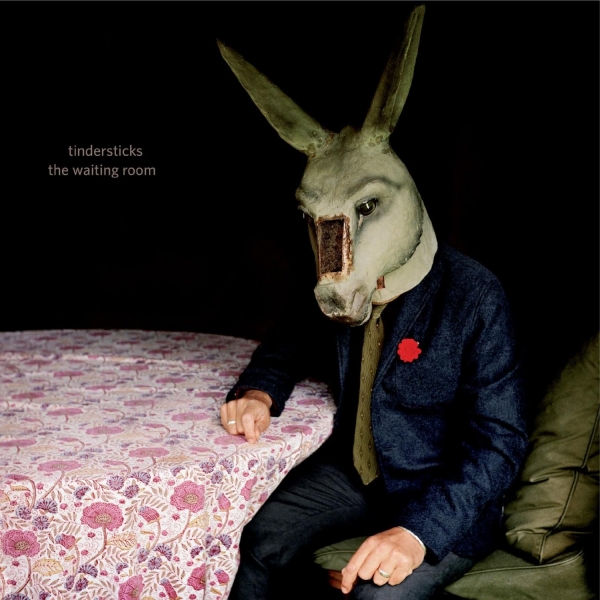 Certain voices just have something about them, an uncanny ability to draw its listener into a particular state of mind. On Tindersticks tenth album, The Waiting Room, Stuart Staples continues to be the owner of just such a voice.

Tindersticks’ music has always been underpinned by a sense of melancholy. so consistently and excellently does it deliver its distinct mood, often sounding like a film noir soundtrack. Having collaborated with the director Claire Denis, sound-tracking several of her films, that The Waiting Room is also accompanied by a series of films is a logical progression. Each song is given its own film treatment from a range of directors - including Denis and photographer Richard Dumas, who also contributes the cover image.

Accordingly they ease into the record with the cinematic instrumental “Follow Me”. Built around a simple melodica refrain, it’s a reminder that as much as the gravitas of Tindersticks musical mood comes from Staples unmistakable baritone, their music itself has an ineffable breadth, the lilting melody here reminiscent of John Barry’s theme score for Midnight Cowboy

As well as filmic collaborations The Waiting Room also features musical ones. Jazz musician and composer Julian Siegel creates the brass arrangements, which add to the pervading mood, rather than altering it. There are two guest vocalists in the form of Savages Jehnny Beth and the late Lhasa De Sela, who previously sang on "Sometimes It Hurts" from 2003’s Waiting For The Moon.

Thematically the record moves between (and sometimes interweave) reflections on love and death - the first words are “I found love”. The overlap of the two themes occurs on the lovely “Hey Lucinda”. Initially recorded over six years ago, it’s a beautiful duet between Staples and De Sela, ostensibly a story of a man asking a woman to join him for a drink, the words reveal that to be a framework for a broader consideration on mortality. At one point Staples whispers “Hey Lucinda, our time is running out” to be countered by De Sela’s playful, yet poignant, “I may be waiting for you.”

The unpicking of love continues on “We Are Dreamers!” a duet with Jehnny Beth that starts with smouldering brass and then moves into more familiar Lee Hazlewood territory, with Beth adding counterpoint vocals. Their voices coil around each other in the same way that Thom Yorke and PJ Harvey’s did on the latter’s “This Mess We’re In” from Stories From The City, Stories From The Sea, and similarly, despite them singing the same words they’re seemingly having a conversation.

Death is most directly addressed on “Help Yourself” and the title track. On the former Staples forlornly intones “My time is up, my time is showing itself for what it is always was” and “The Waiting Room” sounds like a funeral march, accompanied by the pleading of the line, “Don’t make me suffer”.

By the time the closer, “Like Only Lovers Can” arrives, you feel at the end of a familiar but welcome road. It’s the records most straightforward musical composition but whilst there’s a sadness to the words – it’s a story of the familiarity of love and the complacency that can engender – the music feels so warm it lifts it beyond moroseness.

When their self-titled debut was crowned album of the year by the now defunct UK magazine Melody Maker in 1993 (beating off debut albums from the likes of Björk and Suede) it didn’t prompt them to chase the mainstream. Indeed its follow up was also self-titled, cementing the impression they were in their own bubble, and this independence is still very much intact in 2016.

Now in their third decade the song remains the same, but on The Waiting Room Tindersticks still sound so out of time that ironically their music feels neither dated nor futuristic, it just is. And that’s exactly how it should be.