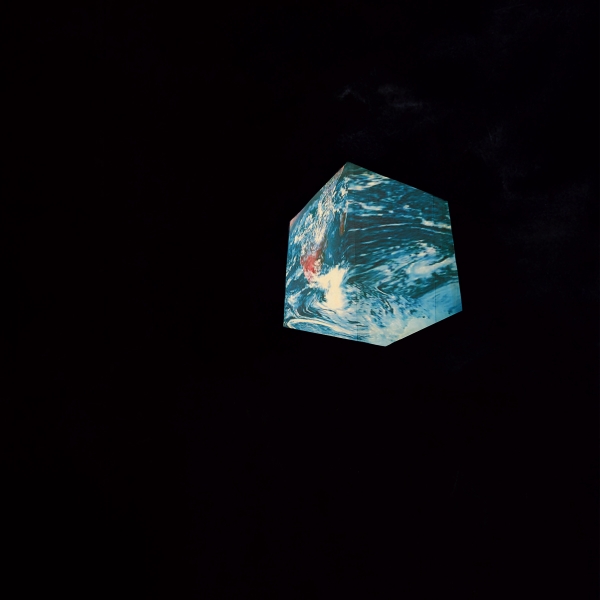 Serving as a companion piece to Konoyo, its six tracks are taken from Hecker’s overseas stint while at the Jiunzan Mandala-Temple Kanzouin where he collaborated with the gagaku ensemble Tokyo Gakuso. Hecker continues to be at the top of his prime – working well beyond his range by capturing mesmeric compositions where he bends and unites sound in unimaginable ways. But while its output oftentimes scurries next to dark, foreign passageways, Hecker abides to its counterpart for its majority: a strangely meditative experience built around something holy.

Not unlike what Hecker achieved in the pairing of Ravedeath, 1972 and Dropped Pianos, Konoyo and Anoyo are parallels. But listening to the ways in which Hecker seizes material where he sculpts through digital thrums and empyrean sprawl, Anoyo remains on the cusp where Hecker takes that vision slightly further than before as his most musing LP to date. But while Konoyo saw Hecker coalescing technology alongside traditional Japanese instruments, Anoyo, too, delves into a ruminant state – but appropriately a more tranquil extension. Its tracks quietly hang in space where Hecker feeds sound through various outlets as he dismantles it.

Back in February, Hecker shared the nine-minute “That World” – the first single from Anoyo. Unlike the foreboding dread that lurked in the crevices of Konoyo, Anoyo swells softly, never taking too dark of a turn, but while Hecker’s tracks are seismic in their own right, he stretches their structure lightly until they simply radiate. Anoyo’s simplest, and most out-of-touch track, “Step away from Konoyo”, is likely the LP’s best – its haunting presence recalls the brilliance that Hecker packed into Ravedeath. The track is immersed in a thick fog and a variety of muffled, tonal bursts. But as its momentum builds, it becomes more and more amplified where it then simply wavers in the distance like a mirage or even a strobe of light struggling to pierce its way through a mass.

In any event, as Hecker has secured the title as a top-tier curator for creating alien textures and digital transmissions, Anoyo’s core basis revolves around a tame one. We even heard this stray during moments with Love Streams where he collaborated with the Icelandic Choir Ensemble and Jóhann Jóhannsson, and most certainly Konoyo, but as Hecker continues to redefine the stereotypical definition of what ambient and noise music encapsulates, he’s one of the very few savings graces who’re loosening its conceptions, turning the genre completely on its head and leaving it for dead.

Although Hecker delves into more avant-garde dimensions on Anoyo, one of its most interesting takeaways is how simply he manifests his ideas to their finished state – take Adam Wiltze and Brian McBride’s rewriting late-'90s history with The Ballasted Orchestra, the spanning works of William Basinski, or even Liz Harris’ work under her Grouper or Nivhek names – they all stick to a lucid idea, achieving undisturbed sound in breathtaking ways, an idea Hecker is no stranger to and one he’s been building for the better part of almost two decades. Tracks like “Into the void” is set in a similar realm like “Step away from Konoyo” – an uncomplicated progression of automated throbs and effects that sound as if they’re slowly being buckled by heat.

But LP closer, “You never were”, begins with what sounds like Hecker recording in a biotope on the outskirts of Japan, but before expanding, the track is overtaken with what sounds like either a harmonium or a melodica as strings are plucked while frequencies come into and out of focus. But in the song’s rich canopy, Hecker contorts its structure with jabs of oscillating static before the songs essentially trails off into nothing. While Hecker continues to be a paradigm in formulating how sound exists, he proves with Anoyo what it means to extend his means and throughout its cleansing spirit, Hecker evokes a bewitching status, serving as one of today’s continued and top creators of elysian odysseys.