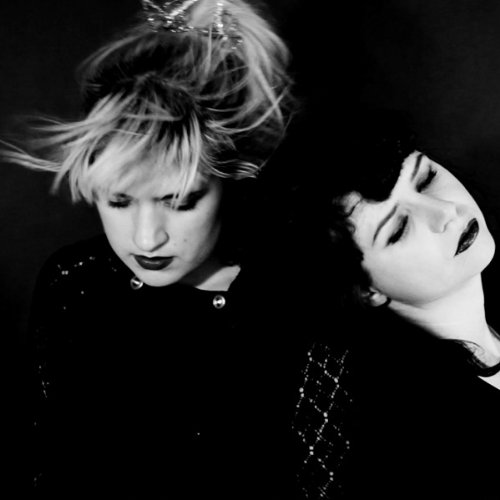 Hair appropriately mussed, fuzzbox permanently cranked, Throwing Up are the latest bunch of tie-dyed miscreants to be spewed out of London and set free to share their delights with the rest of the world. Championed by The Charlatans’ Tim Burgess to the extent he’s releasing this record through his own label, they’ve been kicking up a fuss for a few years now, finally culminating in their debut album, Over You. If you haven’t heard of them before, that’s precisely the point of the insular crowds they’ve been running in, but now they’re ready to make themselves know, and, courtesy of frontwoman Camille Benett, they’re yelling and hollering all the way

‘Big Love’ kicks it all off, sounding like ‘Blitzkrieg Bop’ via The Waitresses and jolting you with its infectiousness before swiftly fucking off in exhilarating fashion. ‘Medicine’ is a breathless punch of punk energy, while ‘Mother Knows Best’ is what Bananarama would have been if they ever considered a move into grunge. The single ‘Snake’ is both their poppiest and probably finest moment, a melodic whirlwind and respite from all the relentless thrashing and clashing, whereas ‘Stomach Pain’ is another bouncing, understated highlight filled with schoolgirl harmonies while ‘Toothache’ batters itself around gleefully.

A tightly wrapped summary of proceedings seems to be the most apt, given that Over You ends at around 20 minutes in, before you have a chance to catch your breath. Diminuitive in size but brimful of energy, it’s a big heap of fun and carefree sass. They’re characterised by a joyous primitiveness and achieve something thrilling within their technical means; limited structures are the help and not the hindrance on Over You. Executed in a carelessly wonky fashion, tunefulness isn’t always a concern and neither is pausing, because pausing is for wimps – the record delights in its own DIY ramshackle appeal and implores you to do the same.

Like the baby sister of riot grrrl, their agenda doesn’t stretch much further than bashing shit boyfriends, and that’s just fine for now. Its bratty petulance is part of its Veruca Salt charm but without the blistering ferocity of her 90s grunge namesake. At times it needs a little more bite than it delivers and doesn’t quite pack the punch it should but it has such guts and grit, we can’t keep our eyes off them and we can’t help but fall in love with this deliciously raucous album. Full of fleeting pleasures, but great ones nevertheless, it’s a brief encounter but that’s part of their winning formula. Throwing Up seems like a fitting reflection of the raw, base, involuntary expression that embodies this album: bile and bitterness following a hell of a party, or a doomed romance. Over You might be a precursor for what will turn out to be an ill advised tryst that our mothers warned us against, but we just know Throwing Up are for keeps.