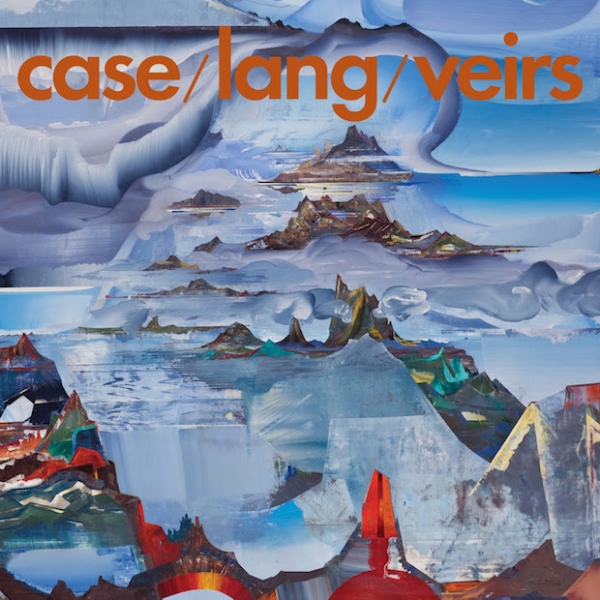 It begins innocuously enough - a simple plucked guitar line, followed by a languid beat. Then the voices start layering up one-by-one - the first, deep and commanding, the second sweeter and more tentative, the last simply devastating - all telling you what not to expect from its three main players for the next forty minutes: “I’m not the freckled maid.” “I’m not the fair-haired girl.” “I’m not a pan of milk for you to spoil.”

This is how you start an album. "Atomic Number", the track which opens case/lang/veirs, is the perfect way to lead the listener into this captivating collaboration between three of North America's finest songwriters - kd lang, Laura Veirs and Neko Case. As individuals, the three need no introduction, but as a way to assert the group's unity - the way their three voices work together, and the template for the fourteen songs that follow - it's one of the most astonishing statements of intent to come out all year.

Given how self-assured each of the vocalists are in their own right, the fact the three have joined forces to make this record seems as surprising as any "supergroup". Few tracks make full use of all three singers throughout. In fact, when the band act as their own backing vocalists - like the sugar-sweet interjections on the dusky lounge ballad "Honey and Smoke", it's just as affecting as when all three sing harmonise on the Case's haunting "Behind the Armory". And while there are moments here which resemble each member's own solo material - Case's mysterious noirish country, lang's smoky cabaret torchsongs, and Veirs' homespun folk - the project transcends their individual influences. Deft production from Tucker Martine - from the winding clarinets on "1000 Miles Away" or the ominous bells tolling through the cracked pop gem "Delerium" - add extra flourish to the already-complex material, but ultimately everyone's personality permeates each track, no matter how near the mic each member is standing.

Despite the obvious sense of cameraderie on display here, it's hard not to single out the tracks on which Laura Veirs takes the reins for coming off best. The unashamedly classic-sounding "Best Kept Secret" (think Camera Obscura gone Nashville) is genuinely thrilling - a heartfelt ode to Veirs' long-time guitarist Tim Young, who dazzles throughout the LP - is laced with girl-group "ba-ba-ba"s, rushes of strings and stabs of Motown brass. Her other highlight also comes in the form of a tribute: the hushed folky ramble "Song for Judee" pays affecting homage to unsung seventies musician Judee Sill in plainspokenly starstruck terms. "You wrote 'The Kiss', and it is beautiful," runs the opening line, before charting a brief history of the singer's life and impact ("You were just trying to put a hand to where we are") in three equally beautiful minutes. In anyone else's hands, it could come off hokey or mawkish, but Veirs gets the tone absolutely perfect.

There's genuinely something for everyone on this album, and in an age where artists have been ill-advisedly collaborating seemingly at random with often-disappointing results, it's refreshing to hear three unique personalities come up with something so egoless and self-assured in its own right. case/lang/veirs is an understated triumph, and a stunning addition to all three songwriters' discographies. Most exciting of all, anyone coming to case/lang/veirs as a fan of only one of the three names involved will be rewarded with two other rich, rewarding back catalogues in which to immerse themselves.