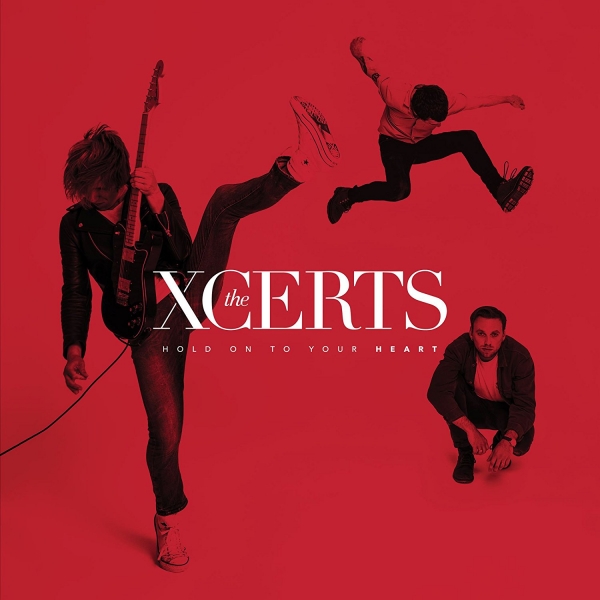 If there’s one thing you can guarantee with the Scottish branch of rock, it’s that there’s going to be some damn big choruses that’ll sweep you away in their melodic undertow.

The XCERTS have these in spades on Hold on to Your Heart, and aren't afraid to brazenly show them off.

While this may not be immediately clear from the sounds of piano-led opener "The Dark", it's merely a calm before the melodic storm. "Daydream" promptly kicks the cobwebs away, while lead single "Falling in Love" is a classic ode to - well, have a guess…

With such blatant exploration of the pleasing you begin to wonder, is it too much? Probably. Laying it on thick is a surefire way to make friends, but even the sweetest tooth can rot. That’s not to say you can’t enjoy the ride - in fact it’s bloody well addictive.

Every song leaps to action, be it immediately or with a tentative build, capturing the essence of what’s fun about life. There’s even some tasteful saxophone littered throughout - which begs the question why more modern rock songs don’t feature it.

Being the follow up to a record that made considerable waves, The XCERTS are in no doubt part of a new breed; one which takes from the past, kicks a little life up its arse and gives a new generation a soundtrack for those aimless drives away from the strife of being a young person.