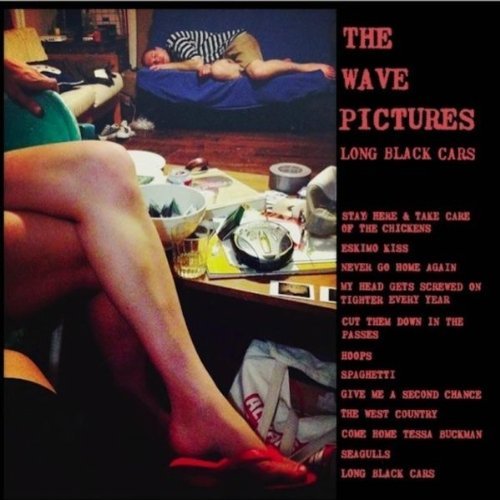 The albums are coming quickly for The Wave Pictures these days with three LPs in three consecutive years. It is, perhaps, a nod to David Tattersall’s ability to find inspiration in the ordinary. When discussing the band’s latest release Long Black Cars, the band’s frontman noted the lyrics throughout are “peppered with details of the everyday”. He goes on to say, “The point is not that it is interesting to sing about the mundane rather than the magical, but that we find the mundane magical: the everyday amazes me”. Finding beauty and truth in the details of life has not only given The Wave Pictures an impressive streak of releases – this one included – but also bolsters the stories involved. These details appear all throughout Long Black Cars, providing the framework for Tattersall’s characters and settings.

‘Never Go Home Again’ finds a couple on run, but Tattersall describes the makeshift shelters they find as much as he details their relationship. ‘Cut Them Down In The Passes’ ups the ante with Tattersall’s brilliant description of a 35-year-old’s search for joy: “His face is dark, impenetrable/He likes to look like someone who has seen too much”.

If the focus seems to be on Tattersall’s lyrical approach here, that’s because the band frames everything that way. The Wave Pictures have always kept Tattersall’s delivery crystal clear, content to keep the jangly guitar work and loose percussion as the canvas upon which he works. It is notable, however, that Jonny Helm grabs the mic for two of the songs present on the album: Eskimo Kiss’ and ‘Give Me A Second Chance’.

Musical highlights can be found throughout Long Black Cars. The slide guitar on ‘My Head Gets Screwed On Tighter Every Year’, the harmonica-laden vibe of ‘Hoops’ and the harmonies on ‘Never Go Home Again’ are all particularly compelling. Yet the primary reason to pick up the next Wave Pictures album is the same as that which you’ve likely applied to the last few: that of the slinky pop arrangements that accompany Tattersall’s stories, near-impossible to resist.