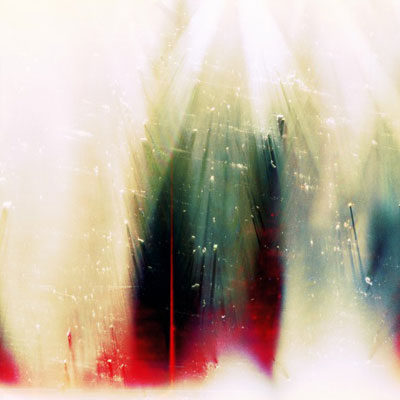 The War on Drugs’ excellent debut album, Wagonwheel Blues (2008), was a heady helping of roots rock that drew comparisons with Dylan, Springsteen and The Band. Since then, though, their success has been arguably eclipsed by that of one of their number. Lead guitarist Kurt Vile elaborated on the dusty Americana he’d been honing on his day job with the lo-fi, well received Childish Prodigy (2008).

A full length follow up to Wagonwheel Blues has been mooted for some time, but the fact that a lot of the material earmarked for it has wound up on Future Weather doesn’t augur well for the future endeavours of The War On Drugs, at least not in their current guise. In Vile and the mercurial Morrissey to his Marr Adam Granduciel, they have two huge talents jostling for primacy and on Future Weather, it seems that the latter has won out. Vile is a notable absentee and the biggest compliment I can pay this EP is that his presence isn’t missed at all.

The War on Drugs are at their best when embellishing on a classic template. Case in point: first track proper and set highlight ‘Baby Missiles’. Rhythmically and stylistically, it’s archetypal Boss. When you expect to hear a harmonica, there’s a harmonica. Where you imagine there might be a “whoop”, well, that’s exactly what you find. But fed through stratums and substratums of fuzz, reverb and organ it acquires a whole new identity. Strangely enough, it sounds fresh.

Similarly, ‘Comin’ Through’ is a sublime slice of textured mid-70s blues rock, reminiscent of that era’s Fleetwood Mac. It’s a thread darned throughout the EP, particularly on ‘Brothers’. The complexity of the pieces, however, and the immersive nature of the sound, belies such comparison, careering instead toward the most introspective, stoned moments of Urban Hymns (‘The History of Plastic’). And so it continues. The War on Drugs recall at one point or another, a dozen or more artists; but none tell the full story. Just when you you’re about to pin the tail on the donkey, it kicks you in the face.

Lyrically, there are some clues to Granduciel’s frame of mind at the time of writing. There are themes of loneliness, abandonment and severance. Whether he’s metaphorically mourning the departure of twelve ships (‘Comin’ Through’), wondering where all his mates have gone (‘Brothers’), or contemplating his friend who “rides all alone” (‘Baby Missiles’), it’s hard not to jump to conclusions. If that sounds a tad grim, then forgive me; for the record is anything but. Future Weather is one to get lost in and at times, it’s utterly joyous.

So used, as we are, to being pummeled with outtake, cover version and bootleg filled EPs, the expectancy has been substantially lowered. It’s rare to hear one as fully formed as Future Weather. Sure, they’ve used it as a platform to try new things – they are courting more experimental tangents than ever before – but they haven’t fired them all against the wall and waited to see what’s stuck. It has been arranged precisely, fluidly and coherently. I sincerely hope it isn’t, but if this is the last we hear from The War on Drugs, then it’s one hell of an epitaph.