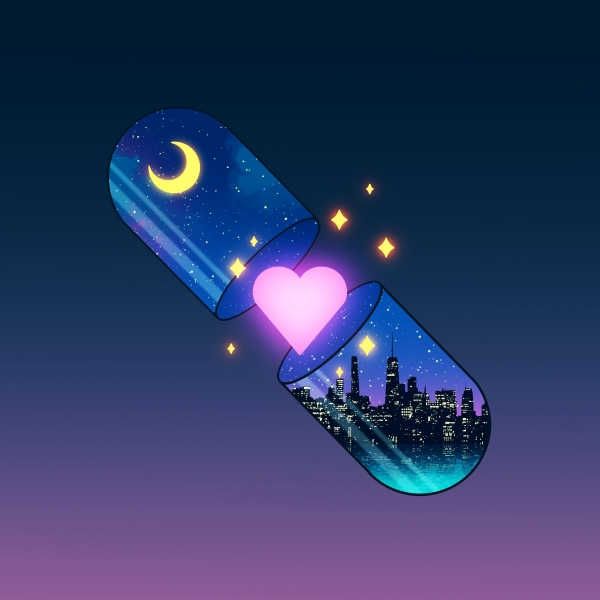 Things had to be done differently for The Vaccines’ fifth record.

Enlisting the help of producer Daniel Ledinsky (Tove Lo, Zara Larsson, Rihanna), the five-piece have created an album that doesn’t focus solely on the run-of-the-mill rock and roll sounds that propelled them to stardom. Because, according to Vaccines’ lead vocalist Justin Young, working with a traditional rock producer is uninspiring (and too right he is!)

It is an album that is loud in its own right. The soundtrack of a fictional city in which escapism, safety and solace are its foundation. An idea inspired by a combination of Ridley Scott’s version of LA in Blade Runner and Cowboy Beebop’s Fear City, it sees The Vaccines in a world of their own design.

Title track “Back in Love City” has the warm familiarity of a Vaccines belter, ready and raring for a raucous festival crowd the band are so accustomed to entertaining. A song that has already been tried and tested live, “Jump Off The Top”, ejects the same energy. “Savage” has a rolling swagger – heavy, whirring and menacing with an added element of cool.

Lyrics have also been a strong point for The Vaccines. “Headphones Baby” showcases Young’s ability to make the mundane sound romantic with witty lines such as “The morning hit me like a violent crime would” and “Just do the moonwalk right out of small talk”. Meanwhile, the gentle swing of “El Paso”, which makes for a dreamy soundscape at the midway mark. A pleasant and joyful surprise musically.

Inspired by what the lockdown has made us all long for, Back In Love City takes the recycled thematic idea of escapism and brightens it up with a neon glow. It is warm and embracing, something we come to expect of a Vaccines record, but its effort to not just be another rock record is what makes it dazzle. Love City is The Vaccines in their own world, chiselled by the sounds that have trademarked them.