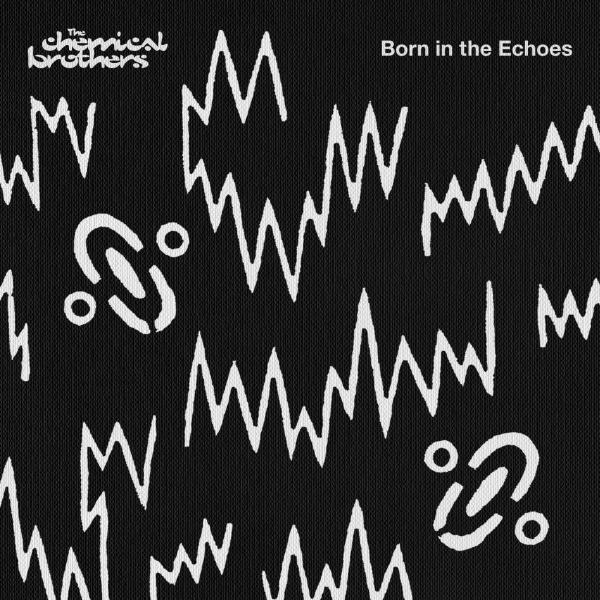 The Chemical Brothers are certainly not a cult band in commercial terms, yet as artists they seemingly operate outside the mainstream. Distancing themselves as far as possible from the EDM scene they indirectly helped to spawn, a title of a song on Born In The Echoes, “Sometimes I Feel So Deserted” tell its own story of the lack of kinship they feel with that movement.

Instead, their affinity is with the vocalists they’ve collaborated with over the years. After abandoning this policy for 2010’s underwhelming Further, their first album since then has a brilliant cast that includes Beck, St. Vincent and Cate Le Bon. Here, all of them show a willingness to surrender to the Chemical Brothers vision, rather than taking centre stage.

”Under Neon Lights” with St. Vincent starts with applause that makes it sound like a live recording. Annie Clark’s vocal is heavily effects laden, making it hard to discern lyrics, but those that are audible are incredibly dark - with the words “As she moves to suicide under neon lights” it’s as if they’re metaphorically describing the death of dance music. Whilst Clarke’s sounds suitably robotic, she also feels underused, so submerged is her voice beneath the music.

The title track featuring Wales' finest chanteuse Cate Le Bon continues their penchant for working with folk-leaning singers, after collaborating with Beth Orton on Exit Planet Dust and Come with Us and Mazzy Star’s Hope Sandoval on Surrender. Le Bon’s lyrics, “In the night I could see/hours born in between hours/born in the echoes” bring some much needed storytelling to the table and lift the song above being just another sonic assault, with the wooziness of the strings bringing a thrillingly discombobulating feel to her words.

Listening to Born In The Echoes at times makes you feel like you’re in a flotation tank. Alongside the relentless rhythm track of “Reflexion” the squalls of noise are pitch-shifted to the extent that they’re disorientating and the instrumentation is so immersive that you don’t find yourself pining for one of their wondrous vocalists. “I'll See You There” returns to their love of 60’s garage-band psychedelia with what could be Keith Moon applying the paradiddles and a vocal melody reminiscent of Gorillaz “Clint Eastwood.”

But for all the inventiveness, there are occasions where the ideas aren’t stretched enough. “EML Ritual” sees Ali Love intoning “I know what to do/I’m going to lose my mind” in about five different voices. Whilst the darkness of the music creates an eerie menace - at times it sounds so evil it could have been on The Exorcist soundtrack - but it overstays its welcome, with the excitement of Love’s multi-tracked vocal quickly dissipating. “Taste of Honey” is overtly minimal, and the literal buzzing of a bee is so high in the mix it feels like it’s literally in your head as it pans across the speakers. It’s physically unsettling, but at just under three minutes feels like a ditty that could have been elongated.

But the penultimate “Radiate” is the best thing here. It sounds sounds like its glowing, with warm chords slowly expanding across the introduction and an unnamed vocalist (which I assume is Tom Rowlands) that sounds like their previous collaborator, The Flaming Lips’ Wayne Coyne. It builds quite marvellously without using any drums. The sparseness and tenderness of the vocal “Just radiate your love to me” sounds like a cut from Spiritualized’s Ladies and Gentlemen We Are Floating In Space, and makes me think they missed a trick by not having Jason Pierce singing it.

The closer ”Wide Open” features Beck, and they’re such a good fit for each other you wonder why they didn’t collaborate sooner. Alongside the jaunty rhythm, Beck’s vocal turn is wonderfully understated (”I’m wide open, you’re drifting away from me, you’re slipping away from me”), providing a lovely counterbalance to the optimism of the preceding “Radiate”, with a touching melancholy at its heart.

Born In The Echoes continues their fusing of psychedelic head music with the dancefloor, and while it doesn’t break new ground, it’s a timely smack on the nose to the pretenders to their throne. Immune to the vagaries of fashion, it continues their journey of creating a revolution in the head rather than the insurrectionism of their peers The Prodigy (always a metallic, tinnier Public Enemy to The Chemical Brothers N.W.A, who have a richer, more natural funk to their music).

With Ed Simons now no longer part of their live set up, this is potentially farewell. If it is time for them to bow out, despite the odd filler, Born In The Echoes is a fittingly out-there adieu.