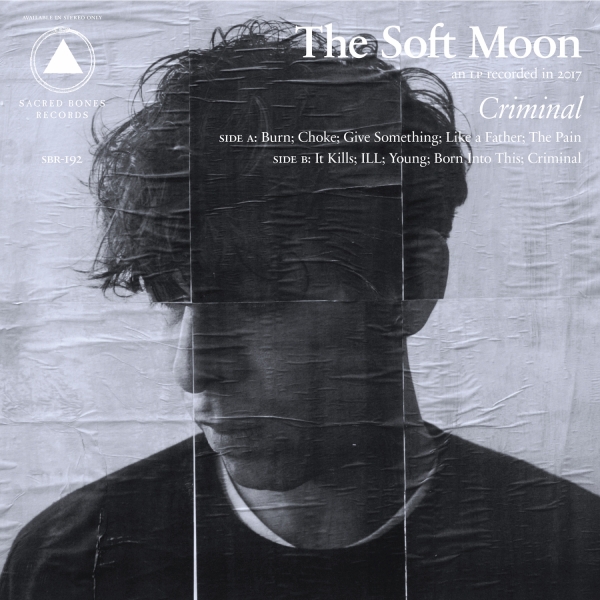 ​Luis Vasquez’s fourth album under the name of The Soft Moon is a self-described “confessional work” that sees him really lay himself bare.

The ten songs that make up Criminal give us an insight into Vasquez's psyche, and it can be a bleak place to visist. Lyrically, he focuses on his difficult upbringing in the Mojave Desert, battles with his own sanity, his violent childhood, self hatred, insecurities and anxieties. One can only hope the self exploration proved cathartic.

It soon becomes apparent that much of Criminal was in part influenced by the more accessible moments to be found on Nine Inch Nails' The Fragile. Opener "Burn", with its hushed vocals and industrial rhythms, could sit comfortably amongst some of Trent Reznor’s most acclaimed work, as could the darkly menacing "Choke", but amid the album's 10 tracks there's enough to suggest that The Soft Moon have much more to offer of their own.

Vasquez’s 2010 self-titled debut was mostly instrumental, dark, shimmering post punk, and there's plenty here that shows The Soft Moon is moving forward artistically from that starting point. "Give Something", with its stylised synth lines, is in part a mellower Depeche Mode with even more gothic tendencies, while beefed-up, techno-influenced beats help form the solid backbone of the percussively driven and atmospheric "Like A Father". "Young", with its darkly spirited 80s rock vibe, has much in common with Gary Numan.

In Criminal, Luis Vasquez has constructed an album dark and bleak in nature, an exploration that sees him turn his attention to creating hard hitting industrial rock in order to deal with all he's lived through. It's a record of which he can be proud.